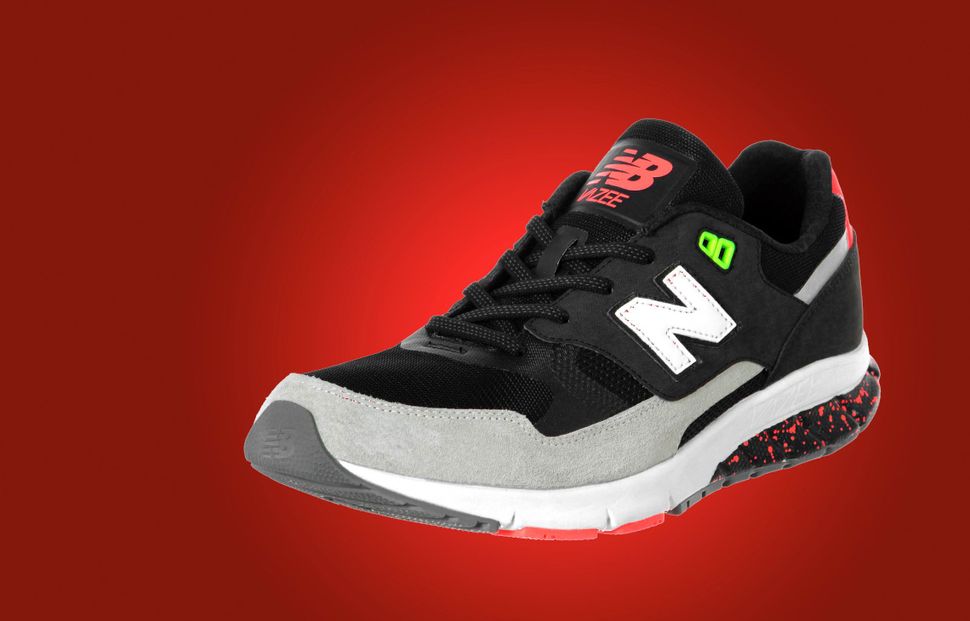 “The Obama administration turned a deaf ear to us and frankly, with President-elect Trump, we feel things are going to move in the right direction,” Matthew LeBretton, public affairs chief for New Balance, told the Wall Street Journal last Thursday, in reference to the Trans-Pacific Partnership, the trade deal that Barack Obama has endorsed and Trump has opposed.

Even as the company soon attempted to revise and clarify that statement, the ‘alt-right’ had taken up their cause.

“It’s time to get on-board with New Balance now,” Andrew Anglin, editor of the neo-Nazi Daily Stormer Web site, wrote in a post over the weekend. “Their brave act has just made them the official brand of the Trump Revolution.”

“This will be fantastic,” he added, urging followers to purchase the shoes. “We will be able to recognize one another by our sportswear.”

Based in Boston, with five domestic factories, the sneaker company has fretted over the deal, which it has said would lessen its competitiveness against foreign manufacturers.

That did not stop a backlash from ensuing, as consumers attacked the company and dumped its shoes into videos they posted to social media.

“@newbalance here’s to moving in the right direction. Never again will I or any of my family ever buy #newbalance,” wrote one on the social media site, attaching a photo of New Balance sneakers in the trash.

@newbalance here’s to moving in the right direction. Never again will I or any of my family ever buy #newbalance pic.twitter.com/5OOhaO9gln

“Returned my @newbalance shoes to your new San Francisco store,” wrote another user.

“@newbalance Fire the rep if you’re serious,” one of them advised. “Don’t forget that we educated types buy more running shoes than the white nationalists you lure.”

@newbalance Fire the rep if you’re serious. Don’t forget that we educated types buy more running shoes than the white nationalists you lure.