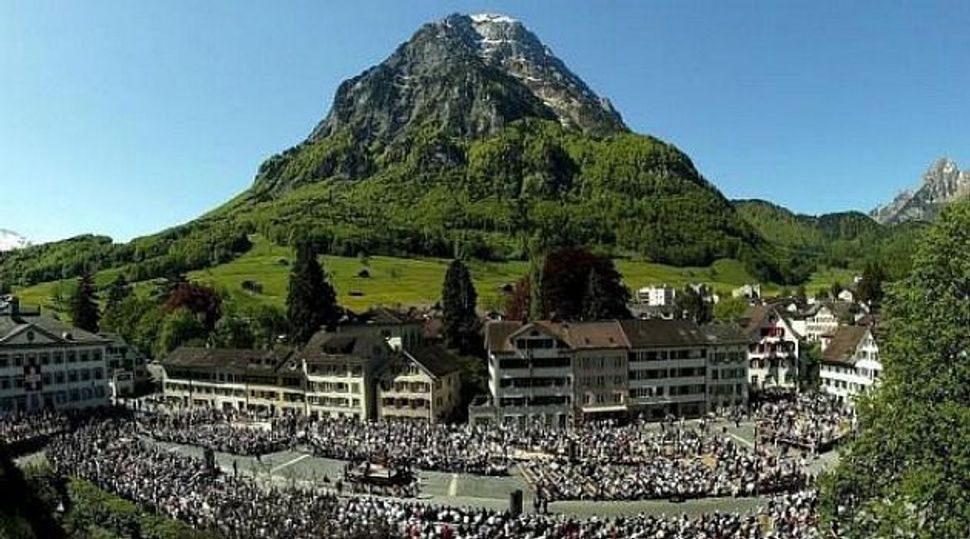 — Switzerland’s Jews need to fund their own security costs even though doing so is really the government’s responsibility, a Swiss government agency said in a report on anti-Semitism.

The unusual assertion came in a report published last week by the Swiss interior ministry’s Service for the Fight against Racism. It prompted a mixed reaction by the country’s Jewish communities, who welcomed the report’s naming  of the problem but criticized its failure to offer alternative solutions.

“Where credible indications suggest that the Jewish community, Jews or Jewish institution may be targeted in violent attacks, the state — meaning the federal confederation or its cantons — is positively duty bound to offer protection and guarantee individual safety, even at the expense of elevated expenditure of human of financial resources,” states the 18-page document, entitled “Report on the measures taken by the federal state to combat anti-Semitism in Switzerland.”

And while Swiss Jews are at such risk, “there is no constitutional or legal basis permitting the participation of the federal state in the costs of security costs to protect Jewish institution.” Therefore, “Jewish organizations could create a foundation for financing their security costs,” the document goes on to recommend.

On Thursday, the Swiss Federation of Jewish Communities criticized the report in a statement titled “Jewish groups remind the federal state of its duties.”

While the report shows Switzerland “takes seriously the fight against racism and anti-Semitism,” the statement reads, it notes that Jewish groups have already made practical suggestions on resolving the problem described in the report.

The Jewish groups “are waiting for the federal government, along with the cantons, to assume their responsibilities,” read the document.

Reacting to the proposal that Jews cover their own security costs, Herbert Winter, the president of the Swiss Federation of Jewish Communities, wrote in the statement: “This type of proposal is unacceptable to us,” because, as the report notes, “it is the state’s duty.”

In France, Switzerland’s neighbor to the west, the government is spending millions of euros every year for the protection of Jewish institutions and individuals, including the deployment of 12,000 soldiers to guard Jewish schools and other community buildings. The deployment was initiated following the murder of four people in 2015 at a kosher store in Paris.

Some 12 Jews have died since 2012 in attacks on Jewish targets perpetrated by jihadists in France and Belgium.

Italy, Austria and Germany also offer funding for the protection for their Jewish communities, as do Belgium, the Netherlands, Britain and most other West European countries.