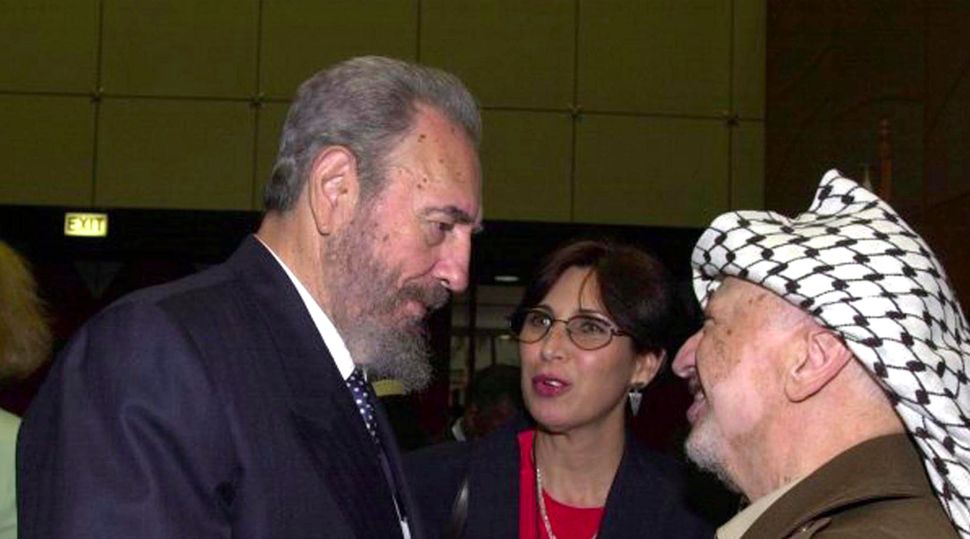 (JTA) — Former Cuban leader Fidel Castro, whose 49-year rule was marked by an anti-Israel stance to match his deep antagonism to the United States and the west, is dead at age 90.

His brother and successor since he stepped back from power in 2008, President Raul Castro, announced his death late Friday evening.

Under the Castros Jews in Cuba were extended religious freedoms and receive special rations from the government for kosher meat, although the community, like much of the island nation, remains fairly impoverished.

Castro, who seized power in 1959, set his country firmly against the Jewish state.

In 1966, he opened guerrilla training camps for Palestinians, beginning a lifelong relationship with the Palestinians and their late leader, Yasser Arafat. Speaking to the First Party Congress of the Cuban Communist Party in 1975, two years after breaking off diplomatic relations with Israel and assisting the Syrians in the 1973 Yom Kippur War against Israel, Castro declared that “Yasser Arafat is a man we deeply love and admire and to whom we have always shown our solidarity.”

Cuba co-sponsored a 1975 United Nations resolution equating Zionism with racism. In 1991, Cuba voted against a U.N. resolution revoking the Zionism-equals-racism resolution. At the first U.N. World Conference Against Racism in Durban, South Africa, in 2001, Castro called on delegates to “put an end to the ongoing genocide against the Palestinian people” by Israel.