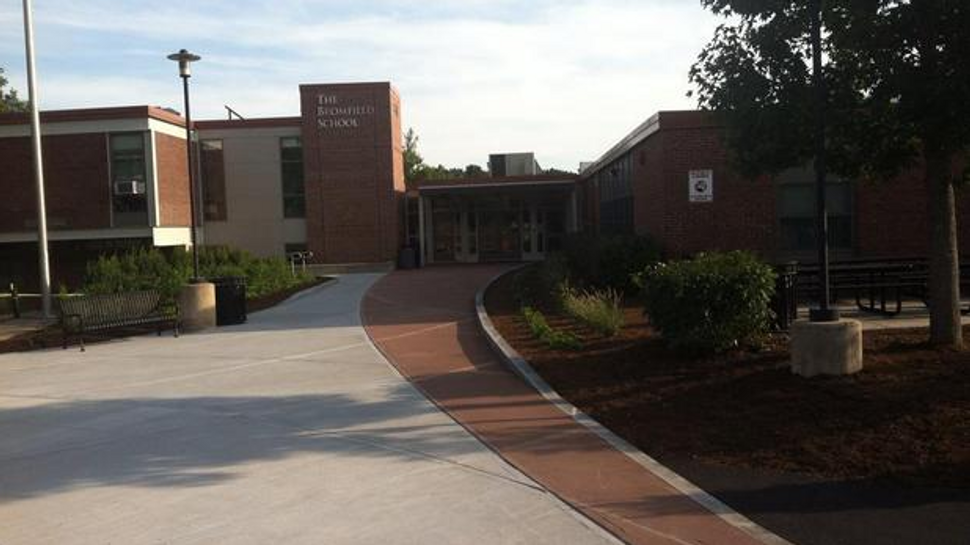 Swastikas and racist messages were painted outside of a school near Boston.

The swastikas were drawn on a rock outside the Bromfield School that is regularly decorated by students and which is considered an important symbol to the town of Harvard, Massachusetts, according to the Boston Fox news affiliate.

The swastikas reportedly were painted over Jewish Stars of David that had previously been painted on the rock, according to reports.

The Bromfield School is located about 30 miles west of Boston and has about 700 students in grades six through high school.

Superintendent Linda Dwight of Harvard Public Schools sent an email to parents Friday informing them of the incident.

The Department of Public Works painted over the graffiti; students had been scheduled to repaint the rock with messages of peace and tolerance on Saturday.

Last week, a closed elementary school nearby Billerica, Massachusetts, was vandalized with a swastika.

Earlier this year, a teen allegedly drew a swastika on a Boston-area school football field and swastikas were painted on the walls of two area synagogues.