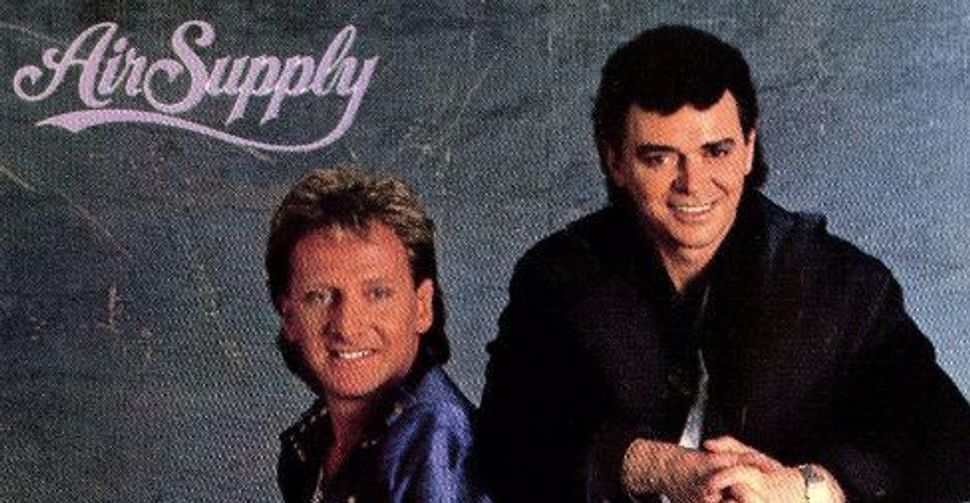 JERUSALEM — After postponing a concert in Haifa last week due to the massive fires, soft rock band Air Supply gave away 200 tickets to the wives of Israeli firefighters.

The concert cancelled on Friday in Haifa was rescheduled for Sunday.

“This is a gesture to wives of firefighters, who went through incredibly difficult days and nights. We decided to give them an evening away from it all with some good music. I invite firemen’s wives to come enjoy with us,” concert producer Dudi Berkowitz said, according to Ynet.

Air Supply performed two of their three planned concerts to thousands of fans last week, in Tel Aviv and in Jerusalem. It is their fourth visit to Israel in the last eight years.