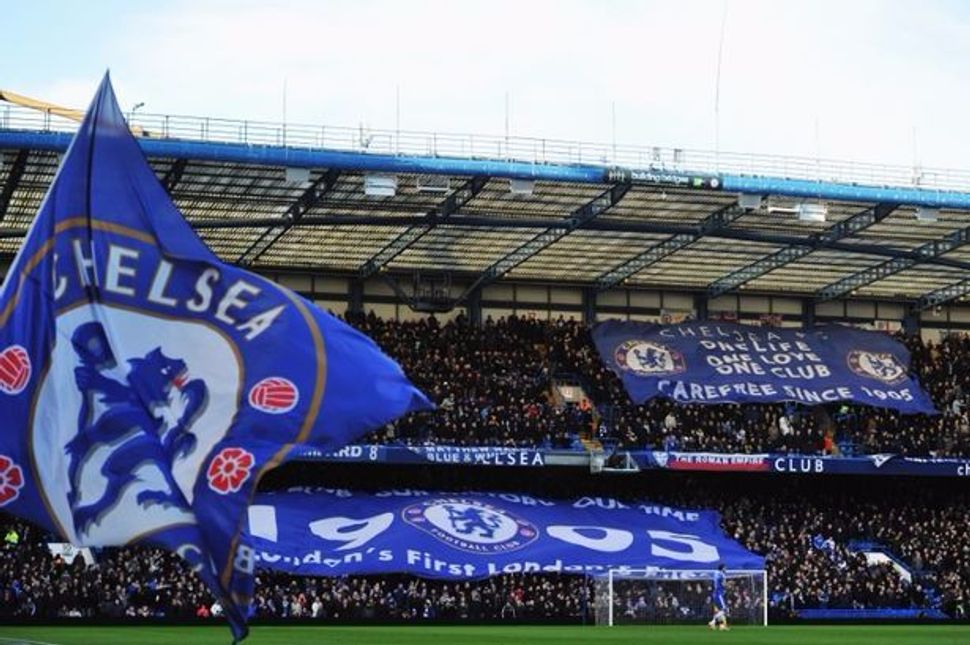 — Fans of a British soccer team were filmed singing an anti-Semitic chant on a London subway.

The chant by backers of the Chelsea club followed the team’s victory on Saturday night against the rival Tottenham Hotspur, which has many Jewish and pro-Jewish fans.

One Spurs fan said the Chelsea supporters were “goading any Spurs fans they could” on the subway car and at two stations,  the Daily Mirror reported.

Ahead of the match, Chelsea had warned fans in the match’s program and on its website that the club will not tolerate such actions, the London-based Daily Mail reported.

Other teams’ fans have chanted the same derogatory line at Spurs fans. In February 2015, supporters of the West Ham United club used the chant while passing through the Stamford Hill neighborhood, which has a high population of haredi Orthodox Jews.

In defiance of warning, @ChelseaFC fans filmed chanting “I’ve got a foreskin, haven’t you? F***|ing Jew!”https://t.co/YSsbLPXOxX