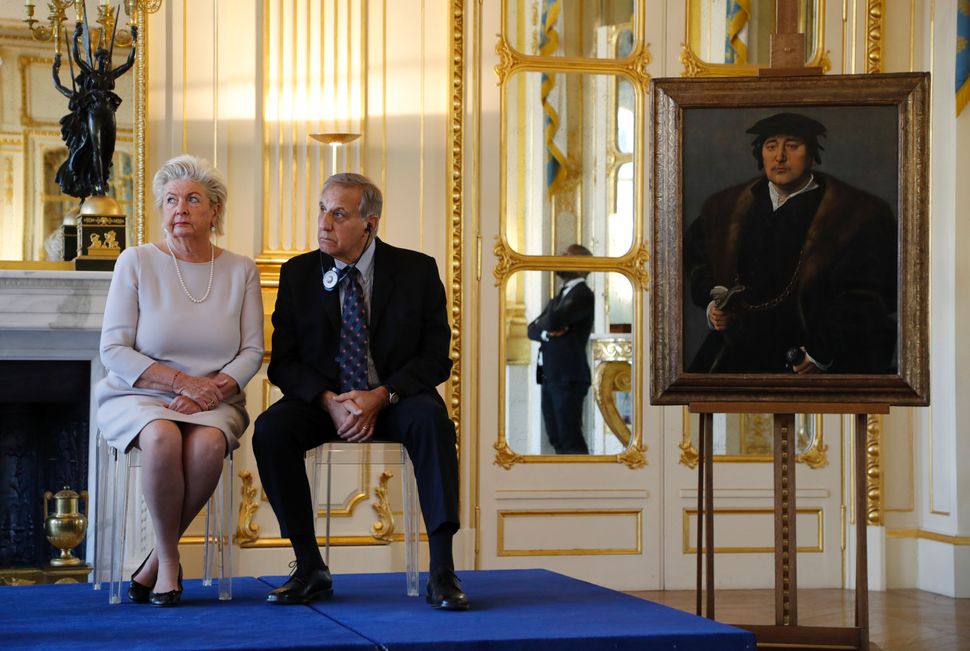 — France returned a 16th-century painting to the grandchildren of a German-Jewish couple who were forced to sell the work in Paris as they fled the Nazis.

The portrait, attributed by the French Culture Ministry either to the Dutch artist Joos van Cleve or his son, was returned Monday to Christopher Bromberg and Henrietta Schubert in a Paris ceremony. Their grandparents, Henry and Hertha Bromberg, sold the painting in 1938 as they were heading for the United States, The New York Times reported.

After the couple left France, the painting, which shows a man dressed in black clothing and wearing a fur, was held temporarily by various art dealers and collectors. Eventually it was sold in 1941 to the German government, which planned to display it in a museum in Hitler’s hometown.

Allied forces found the painting in 1945 and brought it back to France.

The painting reportedly was one of over 2,000 artworks taken from France to Germany during World War II whose owners have yet to be identified. Among those works, only 107 have been returned to the descendants of the original owners, according to The New York Times.

France’s culture minister, Audrey Azoulay, acknowledged that the return period had been “quite belated,” adding that the country was now being more “proactive” in trying to return the artworks.