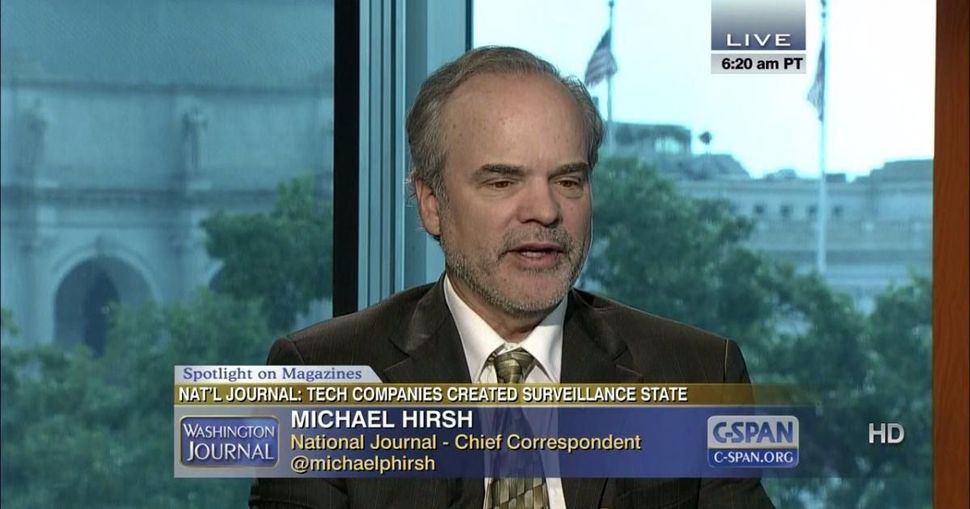 A top editor at Politico quit over a social media post in which he suggested attacking white nationalist Richard Spencer — who happens to be his own neighbor.

Michael Hirsh, former national editor, spoke about taking baseball bats to Spencer and even posted the ‘alt-right’ figure’s home address on his own street in suburban Washington D.C.

“He lives part of the time next door to me … Our grandfathers brought baseball bats to Bund meetings. Want to join me?” Hirsh, Politico’s former national editor, wrote on Facebook, in comments reproduced by the Daily Mail, referring to meetings of an American Nazi organization active in the 1930s.

“Here are his home addresses,” he wrote on Twitter, disclosing Spencer’s address in Arlington, Virginia as well as another in Montana. “I think it’s good that Neo-Nazi Richard Spencer is moving to Washington. It’s important that we know where he lives.”

It is a common tactic of Internet trolls on the “alt-right” to “dox” their victims, parlance for the dumping of personal information and whereabouts.

Hirsh, a longtime Washington, D.C. journalist who used to write at the National Journal, swiftly resigned after the posts came to light. Politico denounced his words in a statements from editor-in-chief John Harris and editor Carrie Budoff Brown.

“These posts were clearly outside the bounds of acceptable discourse, and POLITICO editors regard them as a serious lapse of newsroom standards,” the two wrote. “They crossed a line in ways that the publication will not defend, and editors are taking steps to ensure that such a lapse does not occur again.”

Spencer, coiner of the term ‘alt-right,’ has emerged a figure of notoriety and newfound influence in the wake of Donald Trump’s political rise. He is the founder of the National Policy Institute, a think tank that promotes the creation of a white “ethnostate.”

He attracted negative attention in the press last week, on the heels of an “alt-right” conference in Washington, D.C. at which he threw up a Nazi salute and questioned the personhood of Jews, comparing them to the golem monsters of Yiddish folklore.