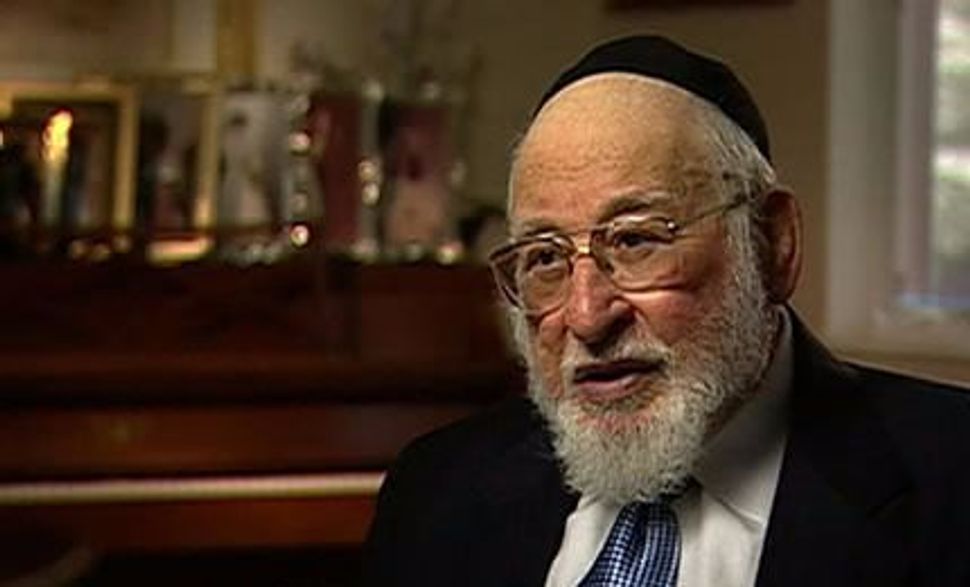 — Rabbi Ben Zion Shenker, who composed more than 500 Hasidic melodies, or niggunim, including some recorded by Itzhak Perlman, has died.

Shenker, who was an ordained rabbi, was associated with the Polish Modzitzer Hasidic sect.

He recorded his own melodies and had them recorded as well by prominent musicians such as the violinist Perlman and klezmer clarinetist and bluegrass mandolinist Andy Statman, along with the Israel Philharmonic Orchestra. He also influenced the music of Rabbi Shlomo Carlebach, according to The New York Times.

Shenker’s best-known melodies are for “Eshes Hayil” (“A Woman of Valor”) and for the 23rd Psalm, “Mizmor L’Dovid” (“A Psalm of David”). His melody for “Yasis Alayich” (“Rejoice Over Thee”) is played at most Hasidic weddings.

“After the Hasidim fled Europe, he became the repository of all that music,” said Statman, who was working with Shenker on a recording just days before his death, according to the Times. “He was a supremely musical person, and his understanding of how to sing a melody, color it and ornament it was just incredible.”

Shenker was born in Brooklyn four years after his parents Mordechai and Miriam Shenker emigrated from Poland.

As a teenager he began serving as the musical secretary for Rabbi Shaul Yedidya Elazar Taub, the rebbe of the Modzitz of Poland, who was taken with his ability to sight read music.

In 1956 he started a record label, Neginah, and eventually recorded nine albums of Modzitz melodies. It inspired other Hasidic dynasties to record their melodies as well, The New York Times reported.

He worked in a family-owned sweater company and later as a partner in a small diamond business. He also served for nearly six decades as the cantor of a Modzitzer synagogue in Brooklyn.

He is survived by three daughters, 23 grandchildren and more than 90 great-grandchildren.