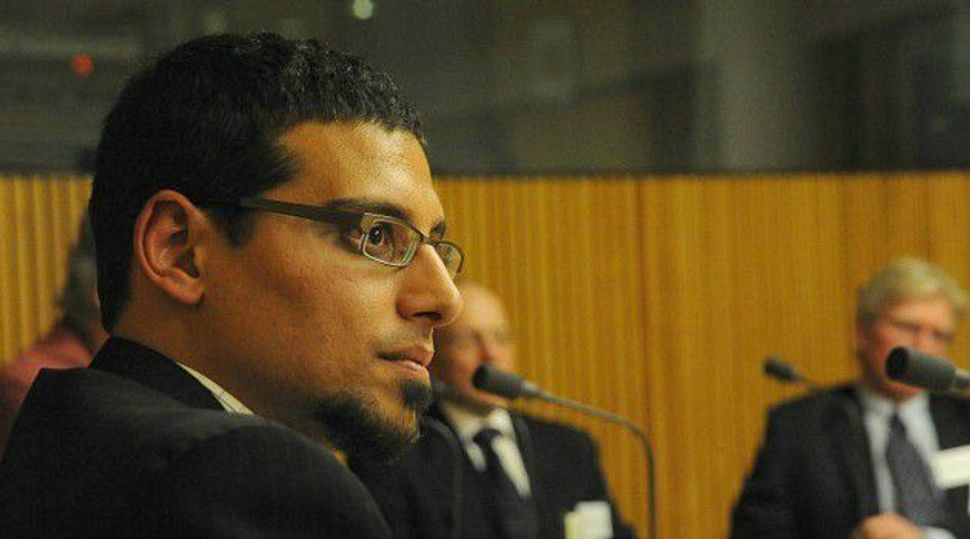 Face of Scandal: Manny Waks, an advocate for child abuse victims in Australia, appears at hearing about scandal. Image by Tony Fink

SYNDEY — An Australian government report found that some members of the Jewish community had been “discouraged from reporting” allegations of child sexual abuse against employees of two yeshivas.

The Australian Royal Commission into Institutional Responses to Child Sexual Abuse published its report Tuesday on the response of Yeshiva Bondi and Yeshivah Melbourne to allegations of child sexual abuse made against people associated with those institutions.

The Royal Commission heard evidence that a Jewish law, known as mesirah, forbids a Jew from informing upon, or handing over another Jew to a secular authority, particularly where criminal conduct is alleged. Under Jewish law gossiping, or speaking negatively of another Jew, Jewish institution or place, is discouraged, even if what is said is objectively true.

The Royal Commission also received evidence that in 2010 the Rabbinical Council of Victoria had issued an advisory resolution that the prohibition of mesirah did not apply to child sexual abuse and that it was an obligation of Jewish law to report such abuse.

In a joint statement the rabbis of the councils said: “Child sexual abuse has caused unimaginable suffering to the victims in our community, and RCANZ, RCNSW and RCV and their members are totally committed to removing this scourge from our community and from our institutions. We offer our deepest sympathies to the victims and commit ourselves to learning from the failures of the past.”

“As the Royal Commission has made clear, child sexual abuse was allowed to continue because of actions and inaction by some rabbis and community leaders. Victims were not always believed or supported, adding to the trauma,” the statement also said, adding: “We call on those who have been identified in the report as not fulfilling their legal obligations to protect children to stand down from their public positions. We believe that those who denigrated or undermined the victims have lost their moral right to serve as leaders in our communities.”