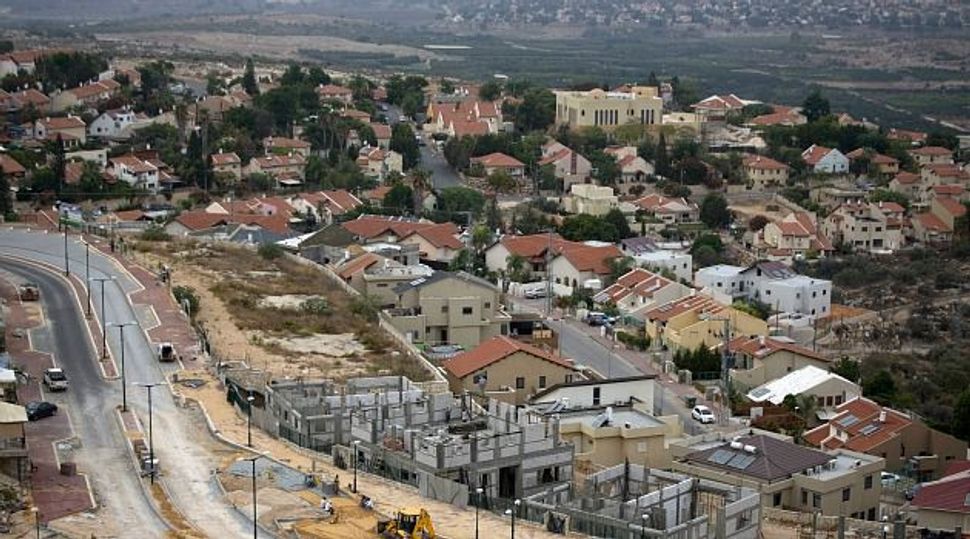 On a hilltop in the occupied West Bank, Israeli teenagers are hammering stakes into the earth and erecting tent frames, preparing the ground for a confrontation with Israeli security forces.

The devoutly religious young men see themselves as a last line of defense for Amona, a collection of pre-fabricated homes perched in the highlands of the West Bank.

It is considered an illegal “outpost” under Israeli law and the Supreme Court has ruled it must be demolished by Dec. 25.

As the deadline approaches and the 330 people living on the hill hunker down for battle, their supporters in Israel’s parliament are pushing for a new law that would legalize Amona and dozens of other outposts scattered across land which Palestinians hope will be part of their own independent state.

Israel captured the West Bank in the 1967 Middle East war. In the five decades since, it has built about 120 settlements, which most of the world deem illegal and an obstacle to peace with the Palestinians.

The stakes in this showdown are high. The fate of Amona has divided the Israeli government, putting Prime Minister Benjamin Netanyahu’s right-wing coalition in peril.

Israeli leaders fear that if the new law passes and the outposts are legalized, it could provide grounds for charges to be brought before the International Criminal Court in the Hague.

As well as the formal settlements, which Israel fully supports, settlers have established more than 100 outposts.

“We are not going to walk out of here. This is our homeland. This is where we belong,” said Elad Ziv, 46, a father of seven who lives with 40 other families on the ridge occupied by Amona, built on private Palestinian land.

Their white mobile homes are scattered around the hillside. Children ride their bikes along pathways and mothers push babies in strollers. A cluster of Palestinian villages is visible across the valley.

They begin as little more than a tent or mobile home on a hill. But they soon expand, getting hooked up to water and electricity networks and receiving protection from the Israeli army. Over time, they become more established and eventually, like Amona, seek to be recognized as “normal” settlements.

While many settlements are in blocs close to the Israeli border, the outposts are distantly scattered, with the apparent aim of creating a presence throughout the West Bank. For the Palestinians, that makes the goal of a contiguous, independent state ever more difficult to achieve.

The battle over Amona, the largest outpost, has dragged on for eight years, during which time the community has expanded to 200 children. There are two kindergartens and a primary school.

Every time the Supreme Court has ruled it must be torn down, the government petitions for a delay. But this month, the court said there could be no more prevaricating and fixed the December deadline. And so began efforts to introduce a new law.

The Palestinians have denounced the move, as have the United States, the European Union and the United Nations.

Israel’s attorney-general objects to it, saying it does not correspond to international law and that he would be hard-pressed to defend if it were challenged in the Supreme Court.

In his kitchen Ziv prepares lunch for his young sons, a handgun strapped to his belt. To him there is no question about ownership in the West Bank, the biblical bedrock of Judaism. It is not Palestinian land, he says, it was promised to the Jews.

“We are not occupying anything. We came back to our forefathers’ land, our ancient land.”

In 2006 Amona saw a violent eviction, with nine shacks torn down by Israeli authorities. Police on horseback were confronted by thousands of settlers. More than 200 people were injured. The remnants of the fight — twisted metal and rubble — remain.

Amona’s people say the land was uncultivated when they arrived 20 years ago. Now they point to the sheep grazing on the hillside among grapevines and olive trees.

But that cannot disguise the fact that the land is owned by someone else.

Across the valley, Palestinian farmer Ibrahim Yacoub, 56, said the terrritory has been in his family for decades.

“They took over the land piece by piece,” said Yacoub, one of 10 Palestinians who first appealed to the Supreme Court.

“They started by building water containers for the adjacent settlement Ofra. Then soldiers came to guard the containers.”

A few months later caravans sprouted up, he said. “The settlement started to spread like cancer on the mountain.”

As the clock runs down, far-right lawmakers are racing to find a way to let Amona’s residents stay. Set for a vote in the coming days is a divisive bill that would legalize dozens of outposts and potentially backdate that legalization.

Israeli settlement watchdog Peace Now has called the bill “a grand land robbery” that would lead to the expropriation of 8,000 dunams (800 hectares) of private Palestinian land.

The bill is being pushed by the pro-settler Jewish Home party, a lynchpin in the coalition government, and by members of Prime Minister Benjamin Netanyahu’s own Likud faction.

Netanyahu is stuck. Privately, he objects to the bill. On Tuesday, he was quoted in Israeli media as telling his security cabinet that the law would lead to prosecution at the International Criminal Court and U.N. action against Israel.

Yet in parliament this month he voted in favor of the bill at its prelimanary reading, knowing that if he opposed it, it could force his coalition to collapse.

“It’s a political blame game: who will be the guilty one if the bulldozers demolish Amona,” Amit Segal, political analyst for Israel’s Channel Two, told Reuters. “Bennett and Netanyahu each want the other guy to be the baddy.”

Naftali Bennett, the Jewish Home leader and a cabinet member, opposes a Palestinian state and wants to annexe most of the West Bank.

He was encouraged by Donald Trump’s election as U.S. president, declaring after Trump’s victory that the two-state solution was effectively dead and the era of a Palestinian state over.

But if Netanyahu shoots the law down and Amona is razed, the government would likely fall, Segal said.

To avoid that, officials are trying to convince Amona’s people to move to a nearby, vacant hill while trying to find a legal loophole that would allow them to remain.

So far Amona has rejected the compromises as “humiliating.” “There will be a forced eviction here and it will hurt,” the residents said in a written response.—Reuters