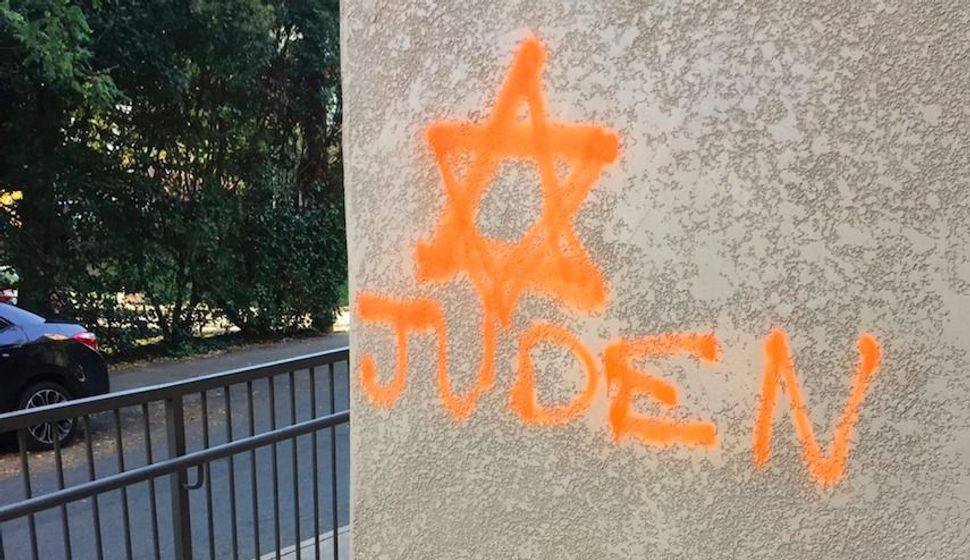 Image by Courtesy of Michaela Brown

— The “overwhelming majority” of participating countries in the world’s largest regional security group, the Organization for Society and Cooperation in Europe, are not adequately reporting hate crimes, according to a new report.

Of the 57 countries in the OSCE — its participating states are located in North America, Europe and Asia — 41 submitted official information and 34 provided data to the organization about hate crimes, according to a study by the Anti-Defamation League and Human Rights First released Wednesday. Hate crime data is supposed to be submitted for an annual crime report by OSCE’s Office for Democratic Institutions and Human Rights.

“ODIHR’s annual report is an important tool in understanding the nature and frequency of hate crimes across the OSCE region,” the report reads. “However, its utility is minimized when participating States do not collect or report data, provide insufficient data, or fail to submit data by the ODIHR deadline.”

The report added that the lack of reporting of hate crimes for the 2015 ODHIR report showed that member states “fail, or barely pass, in upholding their commitments to prevent and combat hate crime.”

The Anti-Defamation League and Human Rights First noted a recent rise in hate crimes in Europe and the United States, citing Britain’s referendum vote to leave the European Union and the presidential election this month in the U.S. — both OSCE members — as two events leading to an increase in hate incidents.

“In the current environment, with the refugee crisis, the rise of far-right parties and movements espousing hatred, and a rise in bias-motivated incidents throughout the region, there is an urgent need for prevention, data collection, and reporting to receive higher priority,” the report said.