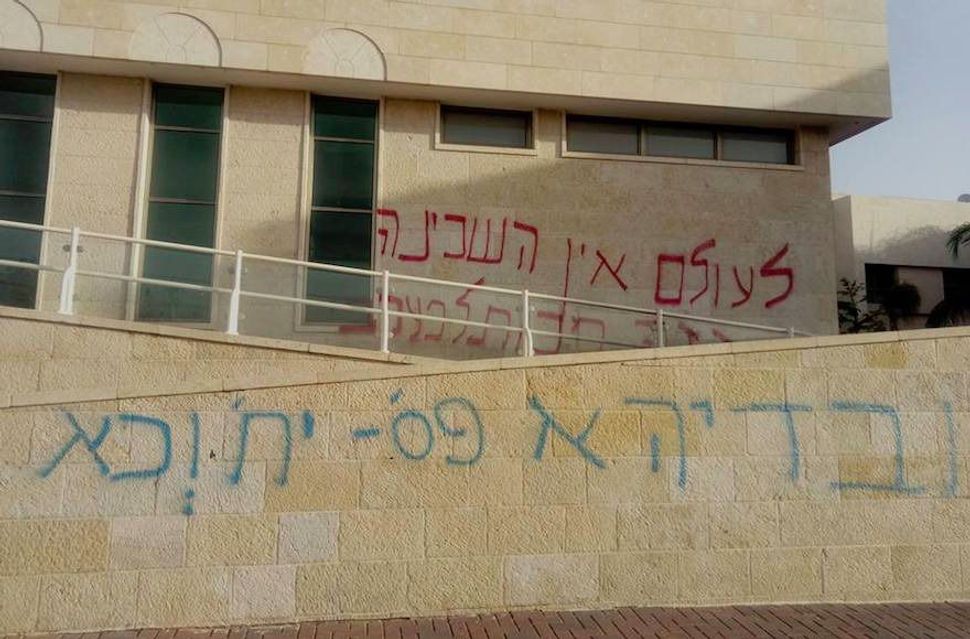 — Natan Sharansky, the chairman of the Jewish Agency for Israel, visited a Reform synagogue in Israel that was vandalized and received death threats last week.

On Wednesday, Sharansky visited Beit Samueli, Kehillat Raanan in Raanana, meeting with representatives from the synagogue in central Israel and Israel’s Reform movement.

“It goes without saying that we must not tolerate acts of violence and vandalism in our society,” he said, according to a statement. “As we forcefully condemn the attack on this synagogue, we also recognize the tremendous service that this community and other Reform and Conservative synagogues in Israel provide in making Judaism accessible to hundreds of thousands of Israelis throughout the year.”

The vandalism, which was discovered Nov. 24, included hate graffiti on the walls of the synagogue and death threats in envelopes held down by a knife at its doorstep. The threats were addressed to prominent Reform leaders.

A similar attack occurred in January, though it did not include death threats.

The synagogue of 80 families has been in Raanana for 18 years. Three preschools reportedly operate out of the building.

“Such acts have no place in our free society,” he said in in a statement issued by his office.