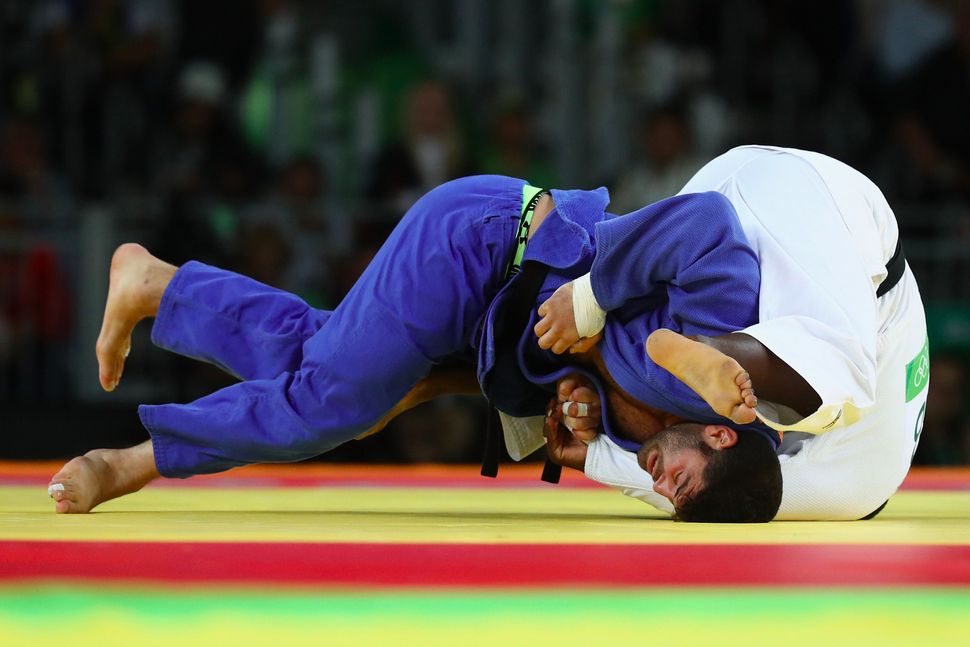 Elazar Tariku and Almog Shay are both observant Jews who wear traditional Jewish garb in daily life. As each of their victories were announced on Nov. 11, with the referee raising their gloved fists in the air, a rendition of the Jewish prayer Shema Yisrael blasted over the loudspeakers.

Tariku and Shay were on the preliminary card ahead of the main event in Menora Mivtachim Arena in south Tel Aviv. Tariku, a lightweight at 155 pounds from the southern city of Ashkelon, won his second professional fight by forcing fellow Israeli Ron Becker to submit with a shoulder lock in round one. Almog, a 135 pound featherweight also from Ashkelon, took his first fight by heel hooking Russia’s Vitaly Khmeinytsky, also forcing a submission in the first round.

The winner of the main event, American welterweight Douglas Lima, settled for climbing the cage around the ring in victory.