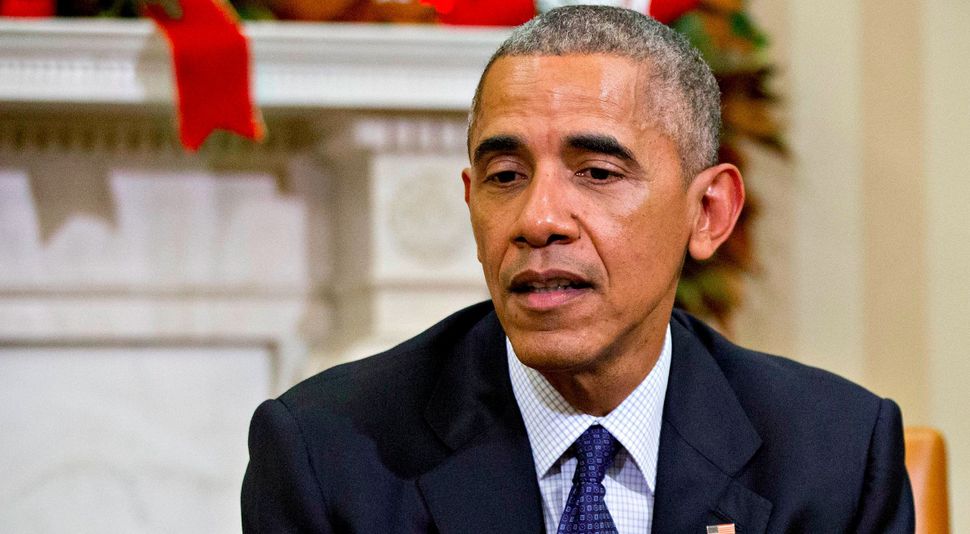 President Barack Obama, keen to preserve his legacy on domestic health care and the Iran nuclear deal, is not expected to make major moves on Israeli-Palestinian peace before leaving office, U.S. officials said on Thursday.

One official, who spoke on condition of anonymity, said the last word on the president’s failed peace effort might come from Secretary of State John Kerry at an appearance on Sunday at an annual Middle East conference in Washington.

Obama’s aides are wary of being seen picking a fight with Donald Trump at a time when he hopes to persuade the Republican President-elect to preserve parts of his legacy, including the Iran nuclear deal, Obamacare and the opening to Cuba.

While Obama has yet to present his final decision, several officials said he had given no sign that he intended to go against the consensus of his top advisers, who have mostly urged him not to take dramatic steps, a second official said.

“There is no evidence that there is any muscle behind (doing) anything,” said a third official.

Putting new pressure on Israel could be seen as a vindictive parting shot by Obama at Israeli Prime Minister Benjamin Netanyahu, the first official said, noting they have had a testy relationship.

There is concern that Trump, in response, might over-react in trying to demonstrate his own pro-Israel credentials, for example by moving the U.S. Embassy to Jerusalem from Tel Aviv, a step that would enrage Palestinians and create an international furor.

Officials said Obama has weighed enshrining his own outline for a deal in a U.N. Security Council resolution that would live on after he gives way to Trump on Jan. 20. Another idea was to give a speech laying out such parameters.

These options appear to have lost steam.

Kerry, who led the last round of peace talks that collapsed in 2014, appears on Sunday at the Saban Forum conference of U.S., Israeli and Arab officials.

Officials could not rule out that Obama might also talk about Israeli-Palestinian diplomacy before he leaves office. The White House and the Israeli embassy declined comment.

The central issues to be resolved in the conflict include borders between Israel and a future Palestinian state, the fate of Jewish settlements in the West Bank, which most nations regard as illegal, the fate of Palestinian refugees and the status of Jerusalem.

Israeli officials remain concerned that Obama and his aides have not explicitly ruled out some kind of last-ditch U.S. action, either at the United Nations or in another public forum.

U.S. officials said Obama could also have his hand forced, notably if another nation like France put forward a U.N. Security Council resolution condemning Israeli settlement activity as illegal or illegitimate, daring Washington to veto it as it did a similar French-proposed resolution in 2011.

He added: “If there is something more balanced, I cannot guess what the response will be.”—Reuters