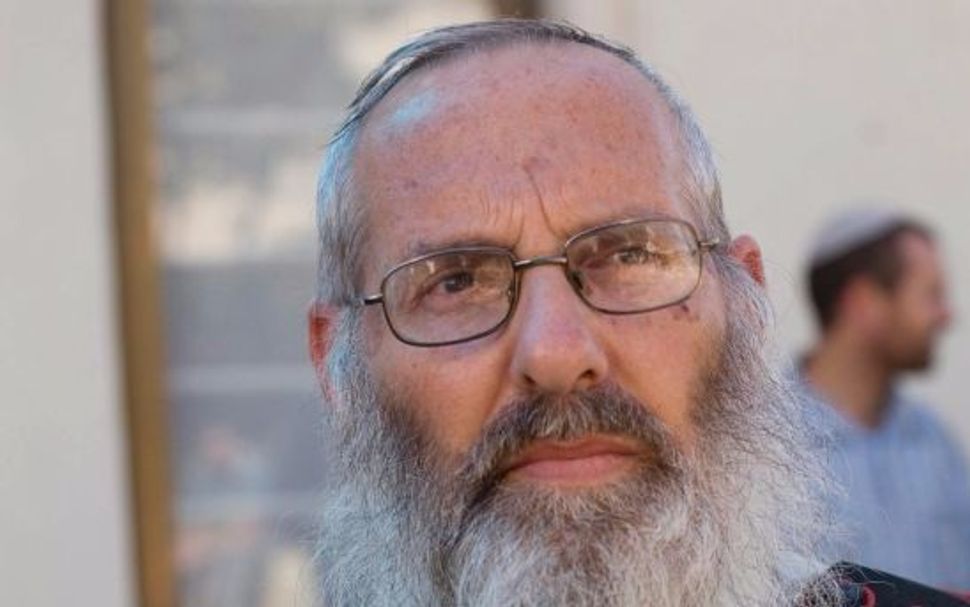 (JTA) – Eyal Karim, the rabbi whose appointment as the chief chaplain of the Israeli army was suspended over his remarks on raping women, was sworn in to the position.

Karim’s appointment as the chief rabbi of the Israel Defense Forces follows a Supreme Court review of his suitability last month. The court found no reason to challenge the appointment, which prompted Left-wing lawmakers and activists to file for an injunction, citing quotes attributed to Karim from 2006.

Replying to a reader’s question on the Kipa website that year, Karim said: “Although intercourse with a female gentile is very grave, it was permitted during wartime (under the conditions it stipulated) out of consideration for the soldiers’ difficulties. And since our concern is the success of the collective in the war, the Torah permitted [soldiers] to satisfy the evil urge under the conditions it stipulated for the sake of the collective’s success.”

He has since repeatedly said his statement should not be interpreted as license to rape, as his critics charged. “There is no license in times of peace or war to sexually assault women,” he told Ynet in July.

On Wednesday, Karim published a written statement reading: “I made a mistake when I gave a short answer to a complicated question. I was wrong because sometimes I was not precise with my words and some people found them offensive. I apologize.”

Miriam Naor, president of the Supreme Court, said in a statement last week that there was no reason to further delay Karim’s appointment. The Meretz lawmakers who filed for an  injunction against the appointment also withdrew their petition, finding that his clarification was “consistent with the values of Israel as a Jewish and democratic state.”

Karim also was asked to clarify his positions on two other issues related to women and the military. On the Kipa site, according to Ynet, Karim said women should not be conscripted due to concerns over modesty and their impact on the IDF, and that according to Jewish law, female singers should not perform at military events.

In July, Karim said he believed that women should serve in the army and pointed out that he was part of the committee that established the protocol that requires soldiers to be present at events where women sing. He said he has ordered soldiers present at such events not to leave.

“It’s desirable to create a ceremonial post that respects the views of all those present at the ceremony, and, to that end, to bring a male and not a female singer,” he wrote. “When this would not be possible, due to various reasons, those whose sensitivities would be offended must be excused from attending the ceremony.”