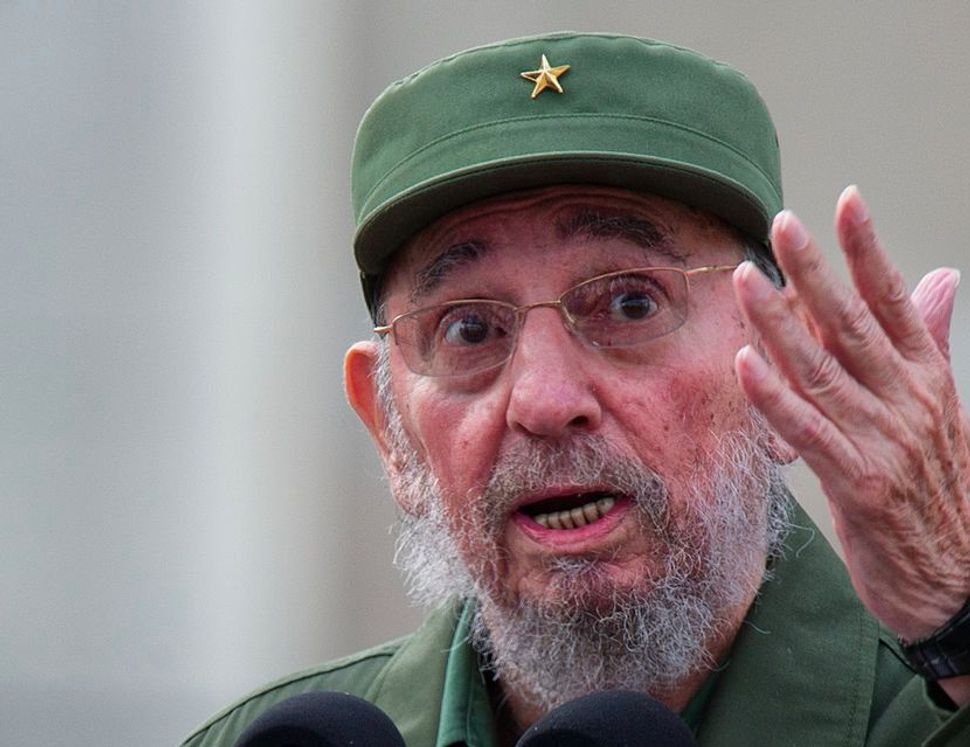 RIO DE JANEIRO (JTA) — The Ecuadorean representative to the United Nations equated Zionism with Nazism in his speech during the celebration of the International Day of Solidarity with the Palestinian People at the United Nations General Assembly.

“We repudiate with all our strength the persecution and genocide that in its time unleashed Nazism against the Hebrew people. But I cannot remember anything more similar in our contemporary history than the eviction, persecution and genocide that today imperialism and Zionism do against the Palestinian people,” Horacio Sevilla Borja said on Thursday quoting a speech from late Cuban President Fidel Castro at the UN in 1979, the Jewish news service Iton Gadol reported.

The Simon Wiesenthal Center sent a note to Ecuador’s President Rafael Correa urging him to apologize publicly for the libel against the Jewish people and calling for Sevilla’s expulsion from diplomatic service.

“The Ecuadorian representative either carries a prejudice against Jewish self-determination and sovereignty – the definition of Zionism – or suffers from an inadequate education in history,” read the note.

Since 1977, the United Nations has every year commemorated November 29 as a day of solidarity with the Palestinians; it is the anniversary of the day the General Assembly adopted Resolution 181, which established an Arab and a Jewish state in what at that time was the British Mandate of Palestine, which Jews accepted and the Arab countries rejected unanimously.

The Ecuadorian ambassador demanded “the immediate establishment of the independent state of Palestine, which must have the pre-1967 borders, with East Jerusalem as its capital in order to coexist with the State of Israel in conditions of peace and security.”

Sevilla also mentioned the “Israeli military occupation of Palestine, after the war of June 1967, which left 5.3 million refugees who fled their country.” The Wiesenthal Center called the statement a “delusion.”

“British documents and other records show that 560,000 Arabs were ordered by their own leaders to vacate their homes to clear the way for the invading Arab armies. They were expecting to return after the annihilation of the Jewish population,” the center said in a statement.