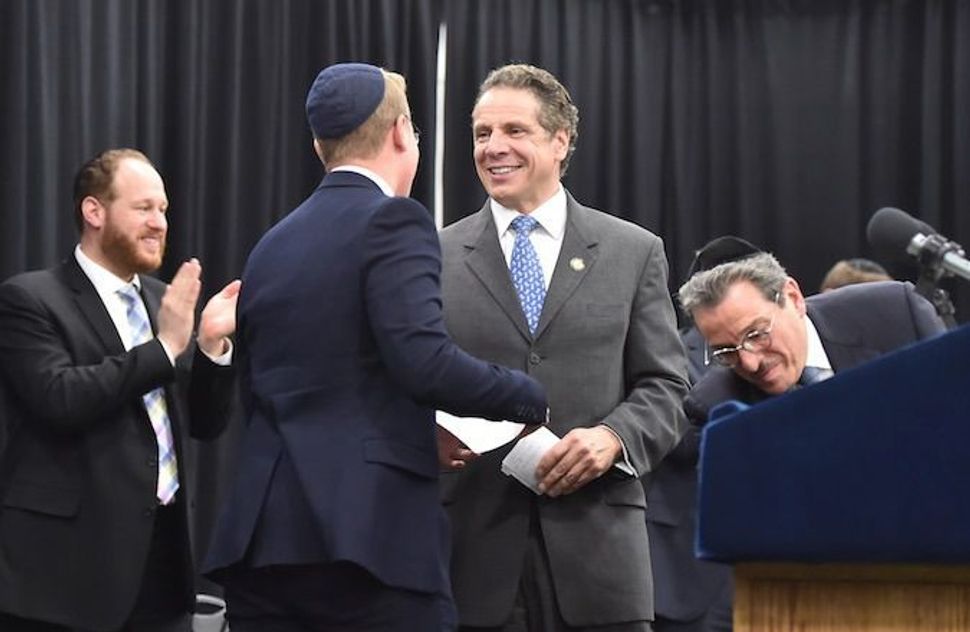 New York state has released a blacklist of 13 foreign companies that support the Boycott, Divestment and Sanctions, or BDS, movement against Israel.

The list on stationary from the Office of General Services is dated Dec. 2. It was first reported by the New York Post.

Among the companies on the list are Danske Bank, FreedomCall UK and Vitens NV.

None of the businesses are American, the Post reported, citing state officials, who also told the newspaper they do not believe any state agency has financial dealings with them.

In June, Gov. Andrew Cuomo signed an executive order against BDS hours before the start of New York City’s annual Celebrate Israel Parade. The order requires state agencies to divest themselves of companies and organizations aligned with the BDS movement.