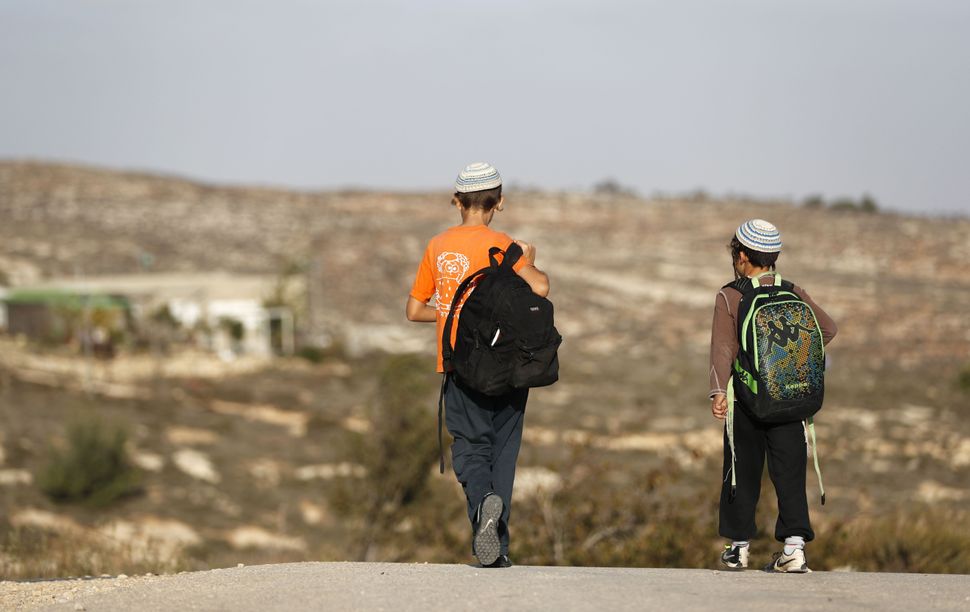 Israeli critics and Palestinians have called it a land grab that would further distance prospects for a two-state solution that would end the long Israeli-Palestinian conflict.

The original bill, approved by parliament last month, had contained a clause that challenged a ruling by the Supreme Court that dozens of families at the illegal outpost of Amona must evacuate homes built on private Palestinian land by Dec. 25.

Far-right members of Netanyahu’s coalition, who oppose the creation of a Palestinian state, had pushed for that version of the bill’s advancement through parliament, but a center-right partner in the government balked at defying the court.

In a country without a formal constitution, Israel’s Supreme Court is widely seen by Israelis as a human rights watchdog.

After many hours of talks within Netanyahu’s coalition to find a compromise, the so-called Amona clause was scrapped and a new bill was submitted without mentioning the outpost, effectively paving the way for its removal.

Under the deal, the 330 Amona settlers are to be moved to a nearby site on land that Israel considers abandoned by its Palestinian owners, but land-ownership claims by Palestinians have already been filed with Israeli authorities.

In a stormy session on Monday, Israel’s Knesset voted 60-49 in favor of the revised bill. It must pass three more votes at unspecified future dates before becoming law.

Israel captured the West Bank in the 1967 Middle East war. In the five decades since, it has built about 120 settlements, which most of the world deem illegal and an obstacle to peace with the Palestinians.

As well as the formal settlements, which Israel fully supports, settlers have established more than 100 outposts.

Speaking on Sunday in Washington at a think-tank conference, U.S. Secretary of State John Kerry pushed Israel to rein in settlement construction on West Bank land that Palestinians want as part of a future state.

“There will be no advance and separate peace with the Arab world without the Palestinian process and Palestinian peace,” Kerry said.

The U.N. peace envoy in the region, Nickolay Mladenov, said “some have pronounced (this bill) to be a step towards the annexation of the West Bank (that could have) far-reaching legal consequences for Israel and across the occupied West Bank, and greatly diminish the prospect of Arab-Israeli peace.”

Netanyahu has said that the Palestinian refusal to recognize Israel as a Jewish state, and not the presence of settlements, is the main obstacle for a peace deal. Peace negotiations collapsed in 2014, with settlements a key bone of contention.

Israeli right-wing politicians have voiced hope that U.S. opposition to settlement-building will soften, or even disappear, under the presidency of Republican Donald Trump, who takes office on Jan. 20. —Reuters