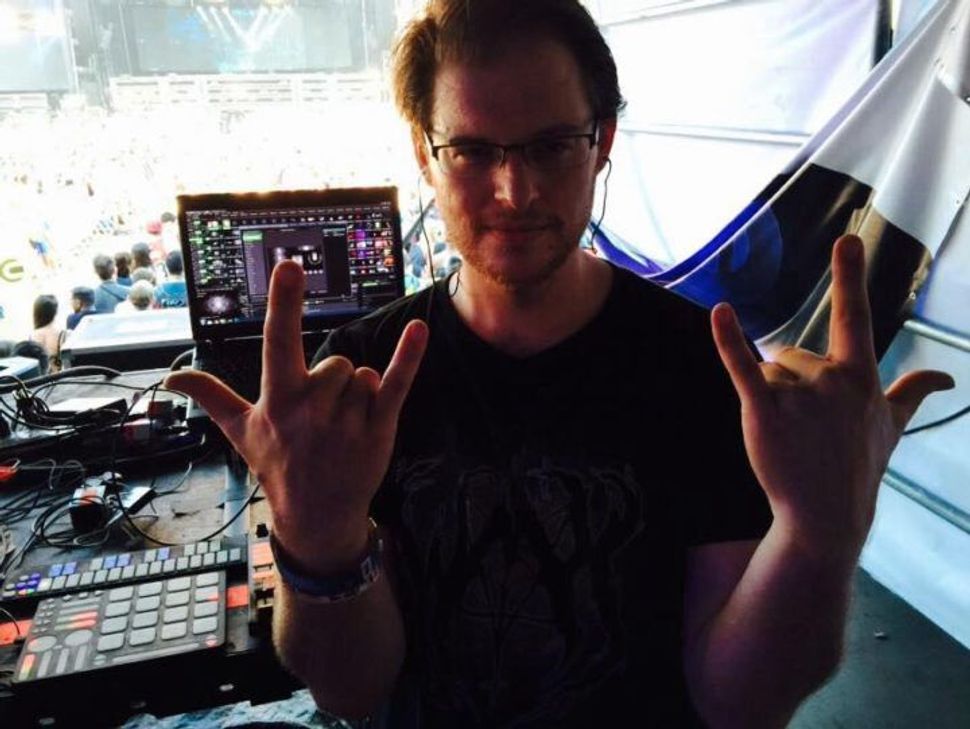 A Jewish visual artist from Berkeley was among at least 36 people who perished Friday night in a converted warehouse during a dance party in Oakland, California.

Friends of Jonathan Bernbaum, 34, are gathering today to remember him, according to Berkeleyside.

Bernbaum graduated from the University of Southern California’s School of Cinematic Arts in 2008. On the night of the fire, he was mixing lights and video projections to accompany electronic music sets.

Authorities have yet to determine the cause of the most deadly fire in the United States in more than a decade.

The blaze broke out in a two-story building that also housed an artists’ collective. As flames engulfed the roof, the second floor partially collapsed. City officials have said the warehouse was under scrutiny for complaints of illegal construction. The building lacked sprinklers or smoke detectors, and a stairway between the two floors was made of wooden pallets.

Survivors described fast-spreading flames and smoke that billowed through the interior, blinding people trying to escape.

When the search for victims was still underway, German-American DJ Markus Schulz wrote on Facebook that Bernbaum was among those missing. “We are praying he is safe,” Schulz wrote Saturday.

By Sunday, former Berkeley High School teacher Rick Ayers had written on Facebook that Bernbaum, a graduate of the school, had died in the blaze.

Fred Nicolaus remembered Bernbaum from their high school days together in a post on Facebook, Berkeleyside reported. “Ten years after high school I saw him at our class reunion. He looked trim and sharp in a velvet blazer – still smart, but the awkwardness was gone,” Nicolaus wrote. “I was always happy (and sometimes jealous) to see his success as a VJ – this guy who had suffered in the trenches of adolescence was now traveling to exotic locations and making fiery animated skulls appear on giant screens for thousands of screaming fans.”

Bernbaum was an avid booster of Berkeley’s vintage past online. He wrote a Facebook post about despising Starbucks because it replaced a beloved ice cream parlor.

“Hell, f coffee chains, support old ice-cream shops, ones with gumball machines and drooping old bottles and grilled sandwiches and mind-blowing cookies and the best mint-chip on the planet and were just up the block from my elementary school… at least until some … coffee chain kicked ’em out.”

Other friends remembered Bernbaum as “humble” with a “no bullshit demeanor” and as “a rascal making waves.”

Police and firefighters are still searching the site, known as the Ghost Ship, for more bodies. Most of the victims were in their 20s and 30s, and some were teenagers, according to officials.