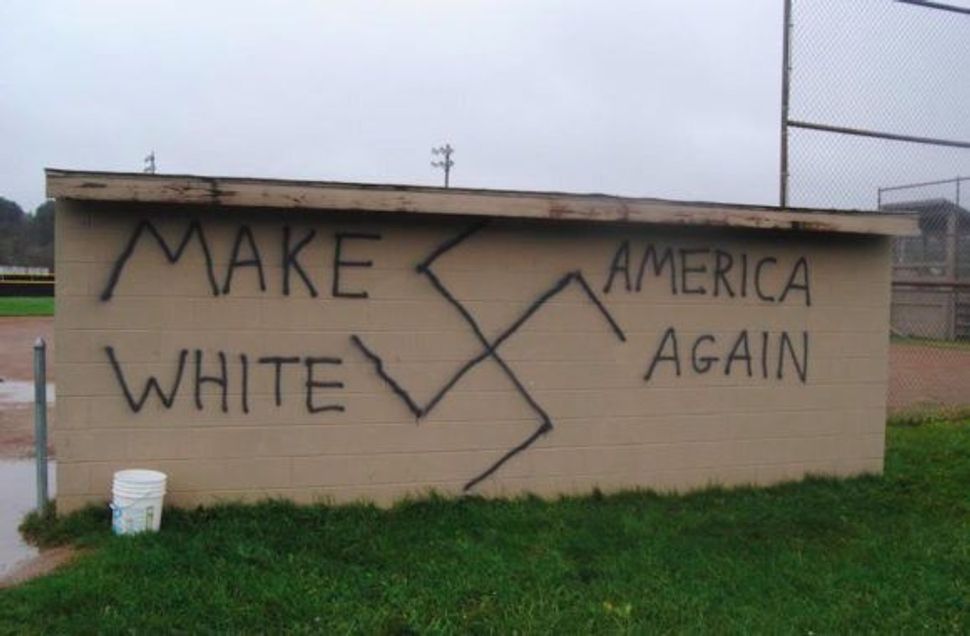 NEW YORK (JTA) — The New York Police Department said it has seen a dramatic rise in hate crimes following the election of Donald Trump, with the majority of incidents directed at Jews.

There has been a 115 percent increase in bias crimes in New York City following Election Day, with Jews being targeted in 24 of the 43 incidents during that nearly monthlong period. The anti-Semitic incidents represented a threefold increase from November 2015, The New York Observer reported.

“We had a huge spike right after Election Day, it’s somewhat slowed a little bit,” Boyce said. “We’re seeing across the board an increase right now.”

Besides Jews, other targeted groups included Muslims, whites and the LGBTQ community, according to Boyce.

JTA has reported on anti-Semitic incidents following the election, including acts of vandalism featuring swastikas and Trump-related themes left in public areas as well as on the homes of Jewish individuals.

Last week, the watchdog Southern Poverty Law Center said it had received reports of 100 anti-Semitic incidents occurring in the 10 days following the presidential election, representing about 12 percent of hate incidents reported to the group in the United States.

The head of the Anti-Defamation League, Jonathan Greenblatt, said recently that anti-Jewish public and political discourse in America is worse than at any point since the 1930s.

The election season saw the rise of the “alt-right,” a loose far-right movement whose followers traffic variously in white nationalism, anti-immigration sentiment, anti-Semitism and a disdain for “political correctness.”

Many alt-right members, including prominent white nationalists, have been vocal in their support of Trump, who has called for a ban on Muslim immigration to the U.S. and likened Mexican immigrants to rapists.

The president-elect said recently that he did not want to “energize” white supremacists and denounced an alt-right conference in Washington, D.C., where speakers railed against Jews and several audience members did Hitler salutes.