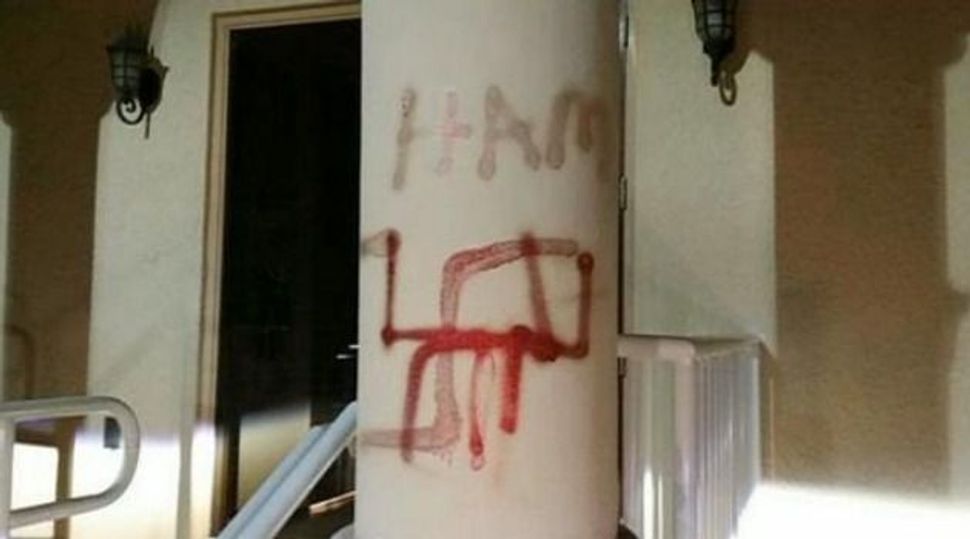 WASHINGTON — Maryland’s lieutenant governor is raising hackles for saying he was glad haters are coming out into the open, referring to a question he fielded about a rise in anti-Jewish attacks.

Boyd Rutherford, a Republican, speaking last week at the Jewish Community Relations Council of Greater Washington, had been asked by a local rabbi about a spike in hate crimes in Maryland directed at Jews.

Rutherford, according to the Baltimore Sun, condemned the spike, but said he didn’t know what was causing it.

The Jewish audience laughed at that remark, and a Democratic State Senator, Cheryl Kagan, almost immediately chided him on Twitter, hashtagging her tweet “Trump,” a reference to her belief that the spike was a result of the election of Donald Trump to the presidency.

“You act as though hate is new,” Rutherford replied on Twitter. “It was always there. I’d rather people show their real colors than hide.”

Jews and Democrats were scathing in their response. “It’s worrisome that our lieutenant governor is not aware of what’s happening around our state and our country as we prepare to inaugurate a new president whose language has caused such hate and such fear,” Kagan told Bethesda Magazine.

“He could have said so many other things, and he didn’t,” she said.

Shareese DeLeaver-Churchill, a spokeswoman for Rutherford, who is an African American, expanded on his tweet in a statement to the media.

“As someone who has personally experienced racial discrimination, the lieutenant governor was referencing the indisputable fact that, unfortunately, racism and race-related tensions have been issues facing our nation for hundreds of years, and he believes all Marylanders and Americans benefit when these issues can be discussed frankly in the public arena,” she said.