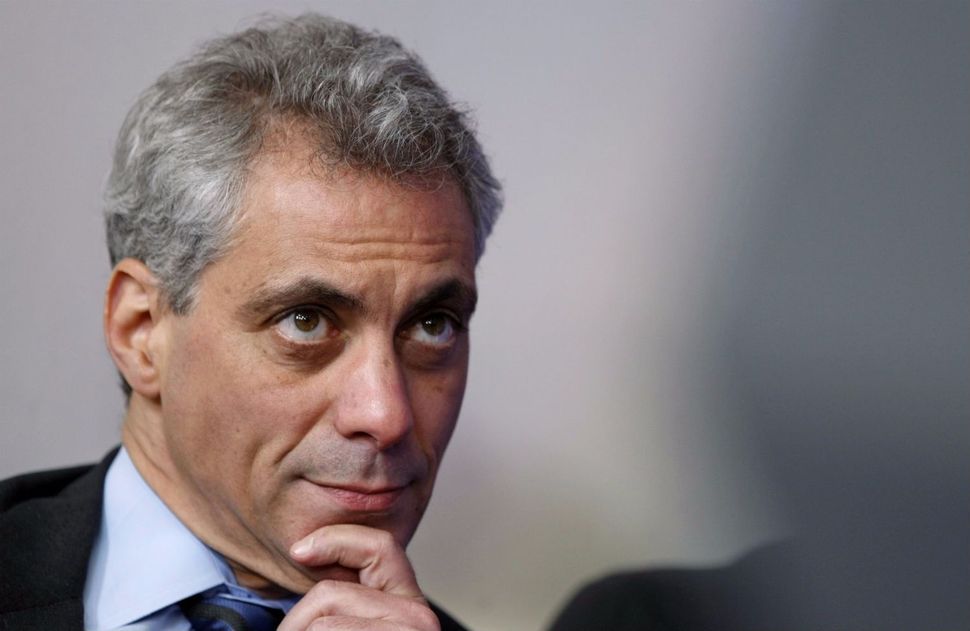 Chicago mayor Rahm Emanuel and Donald Trump are not natural political allies, and Emanuel has been vocal in his opposition to the president-elect on many issues. Nonetheless, the two sat down Wednesday for a 45-minute conversation at Trump Tower in New York, joined by Trump’s chief of staff Reince Priebus and senior advisor Stephen Bannon.

Emanuel, who served in both the Clinton and Obama administration, told WBEZ radio that he was “familiar with being able to speak honestly and frankly with presidents.” This meeting, he said, was characterized by the same honesty and frankness.

One of the key points of Wednesday’s conversation was immigration. Trump has been vocal about his desire to deport undocumented immigrants who have committed crimes and has promised to withhold funds from cities that protect undocumented immigrants from deportation. Emanuel, meanwhile, reiterated post-election that Chicago would remain a sanctuary city for undocumented immigrants. However, it’s also a city that has applied for federal funds for significant infrastructure improvements, notably to its public transportation system and its police force.

At Wednesday’s meeting, Emanuel presented Trump with a letter signed by himself and 13 other mayors, including Bill de Blasio of New York and Eric Garcetti of Los Angeles, asking the president-elect to continue President Obama’s Deferred Action for Childhood Arrivals (DACA) program, which allows undocumented immigrants who arrived to the U.S. as children to remain and work here. Currently 742,000 people benefit from DACA, 69,571 of them in Illinois.

“These are good kids who have cleared everything and have no issues in their background,” Emanuel told WBEZ. The letter stated that eliminating DACA would “lead to the loss of $9.9 billion in tax contributions over the next four years and would wipe out at least $433.4 billion from the U.S. gross domestic product during the next decade.”

Emanuel told reporters after the meeting that Trump was receptive to what he had to say. “What I did see from both his staff and him was a willingness to hear opposing views. There are places we agree—the importance of infrastructure. On things like immigration, I have a different take and a different view.”

Trump, in turn, told Time magazine, “We’re going to work something out that’s going to make people happy and proud.”

The mayor and the president-elect found more common ground on the subject of education, notably Emanuel’s plan to offer full scholarships to the public City Colleges of Chicago to Chicago Public School students graduating with a 3.0 GPA and expand the City Colleges course offerings to better prepare students for careers.

Emanuel’s brother, Ari, who was Trump’s agent during his “Apprentice” years had his own meeting with the president-elect.