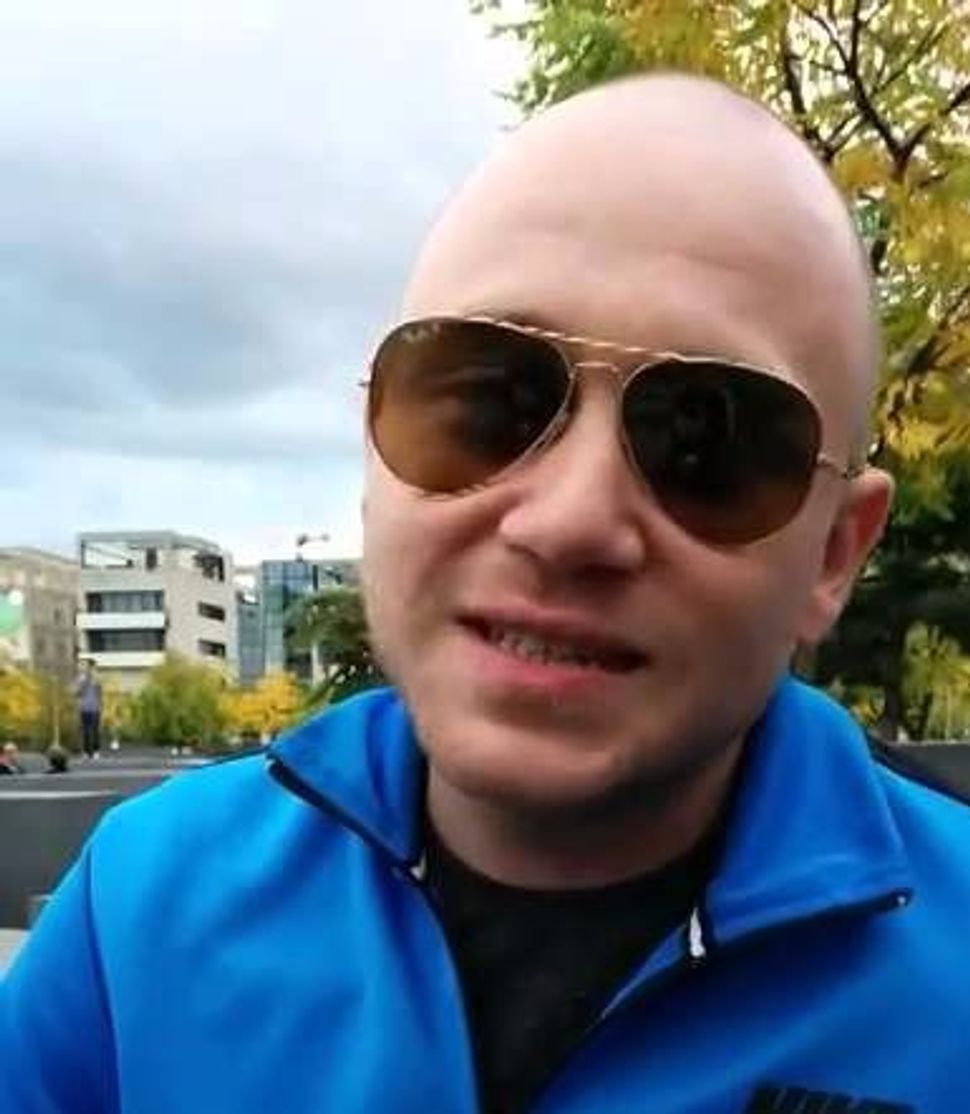 The Daily Stormer’s Andrew Anglin is bragging online after he and other neo-Nazis showed up at Richard Spencer’s Tuesday night speech at Texas A&M.

“We were there for Richard Spencer’s event, or, to be more precise, we were there to confront the hordes of Jews, anti-Whites, and mud people who presume to tell us what can and cannot be said on the grounds of this taxpayer-funded institution,” he wrote in a Thursday blog post, describing how and a few other compatriots rendezvoused ahead of the speech.

According to his narrative of the evening, the neo-Nazis got into an intense verbal scuffle with those protesting the white nationalist’s appearance. “As the crowd of anti-American filth swelled, several black students and a few yarmulke-wearing Jews lined up in front of them and held out their arms, as if to hold them back, because they absolutely had to save face,” he wrote, referring to how a larger group of peaceful demonstrators helped restrain a smaller group that threatened to become violent.

He added, “They were supposed to swarm and stomp us, not stand there like scared kittens whimpering at ten Nazis while they numbered in the hundreds. They were playing the old ‘You’d better be glad they’re holding me back’ game that every coward on Earth has pulled at one time or another.”

Anglin and his crew did not make it inside to Spencer’s address. But according to the Anti-Defamation League, a number of other neo-Nazis provided security to the “alt-right” leader at the Texas A&M event, most of them based in the state of Texas and belonging to local groups with names like the “Aryan Renaissance Society” and the “White Lives Matter Movement.”

Spencer, who has called for the establishment of a white “ethnostate” and coined the term “alt-right,” spoke on the campus after a former student rented space in a school building and organized the event against the university’s wishes.