EU Official Says It Can Fight Anti-Semitism Without Solid Definition 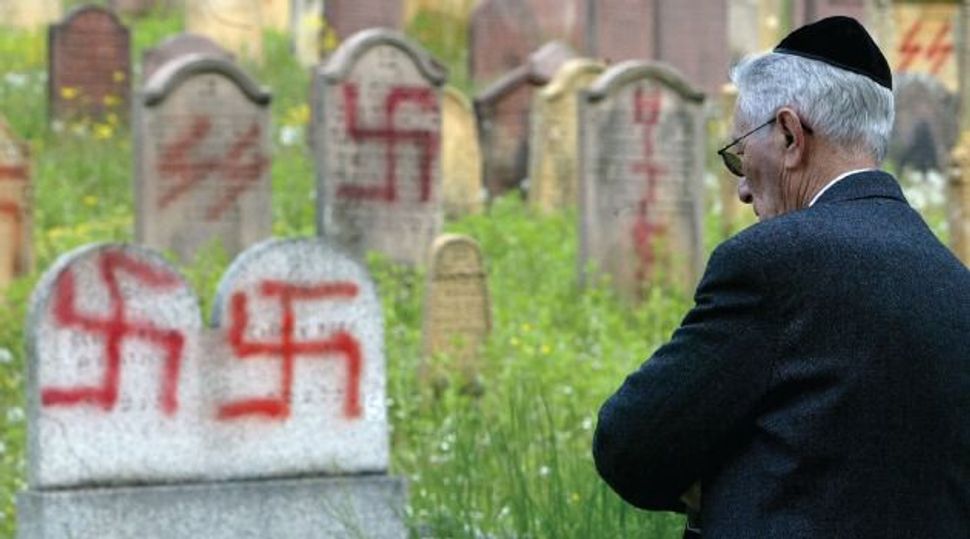 BRUSSELS — The absence of an EU definition for hatred of Jews does not compromise efforts to fight the phenomenon, the body’s coordinator on combating anti-Semitism said.

Katharina von Schnurbein, who last year became the first EU official to hold the title, defended the European Union’s ability to counter anti-Semitism in an interview with JTA at the Brussels headquarters of Google, where she attended the launch of the Facing Facts online course on hate crimes developed by the group CEJI – A Jewish Contribution to an Inclusive Europe.

Von Schnurbein was referring to the removal in 2013 from the website of the EU’s anti-racism agency of a “working definition” of anti-Semitism that also mentioned the demonization of Israel as an example of the phenomenon. Following the removal, EU officials distanced themselves from that text, which pro-Palestinian activists long criticized as dangerous to free speech.

Yet Von Schnurbein said during the launch Monday that regardless of the working definition’s status and presence on EU publications, “the important aspect of the non-legally binding working definition is that it’s applied.”

Queried by JTA on the removal in 2013, a spokeswoman for the EU Fundamental Rights Agency said it was never official policy.

“The agency does not need to develop its own definition of anti-Semitism in order to research these issues,” spokeswoman Blanca Tapia said.

The Simon Wiesenthal Center reacted to the removal of the text by saying the move compromised the credibility of the European Union’s stated desire to fight anti-Semitism.

But earlier this year, the International Holocaust Remembrance Alliance – an intergovernmental agency of 31 Western nations – adopted a similar definition with references to Israel. Robert Williams, a delegate of the United States, said part of the reason for introducing the definition was to replace the one scrapped by Brussels.

Noting that development, Von Schnurbein added that the Community Security Trust, British Jewry’s main body for fighting anti-Semitism, “is applying the definition in its work, the Romanians have started using it in the training of judges and prosecutors, the Austrians as well. So it’s been used.”

The Facing Facts online course will begin Jan. 17. Created by CEJI with support from Google, Facebook and Twitter, the 16-hour seminar will provide tools to educators, activists and other professionals to identify and combat hate speech, CEJI said.

EU Official Says It Can Fight Anti-Semitism Without Solid Definition