Jews Are World’s Most Educated but Orthodox Drag Figure Down: Study 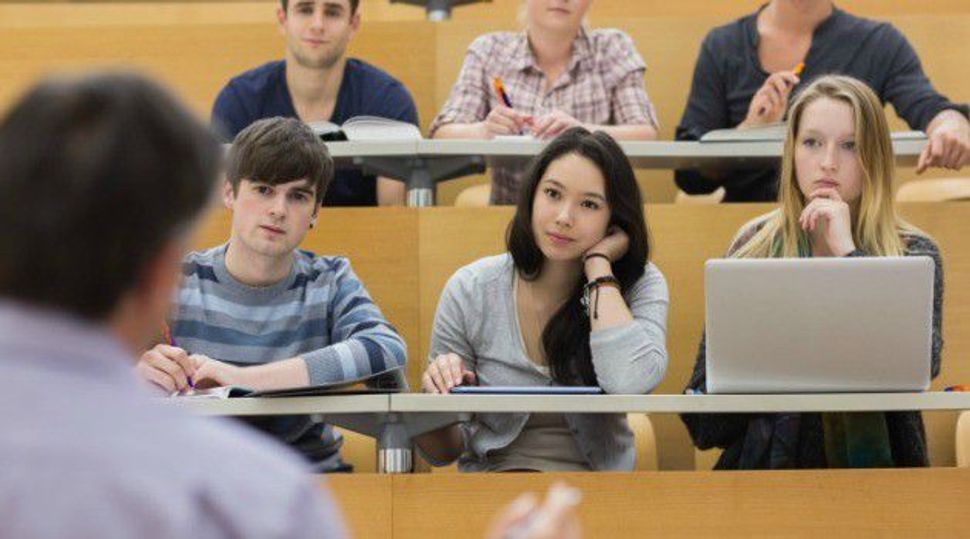 — Jews are the world’s most-educated religious group, with an average of more than 13 years of formal schooling, according to a new study.

The Pew Research Center study published Tuesday found that Jews worldwide have four years more of schooling on average than the next-most educated group, Christians, who average about nine years of schooling. Muslims and Hindus are the least-educated religious groups, each with about 5 1/2 years of formal schooling. The global average is less than eight years.

Jews led the groups in several other categories. Jewish men and women have the smallest average gap in years of formal schooling at zero (Hindu women, on the other extreme, trail men by 2.7 years). Jews were the most educated in the 55-to-74 category. Sixty-one percent of Jews have at least some post-high school education; the global average is 14 percent. Ninety-nine percent of Jews have had some formal schooling.

Among Jews worldwide aged 25 to 34, women are more educated than men. Jewish women in that age group have more than 14 years of formal schooling on average, and nearly 70 percent have attended some form of higher education. Jewish men in that cohort, by contrast, have an average of 13.4 years of formal schooling, and 57 percent have had higher education.

While 81 percent of American Jewish men aged 55 to 74 has had higher education, the number drops to 65 percent among those aged 25 to 34. Pew attributes the decline to the growth of America’s Orthodox Jewish population, which attains formal secular education at lower rates than non-Orthodox Jews.

Jews in Israel have far more education, on average, than Muslim Israelis, though the gap is narrowing. Among the oldest Jews and Muslims, there is a nearly six-year gap in formal schooling. Among Jews and Muslims aged 25 to 34, however, the gap shrinks to 3.7 years.

Jews Are World’s Most Educated but Orthodox Drag Figure Down: Study