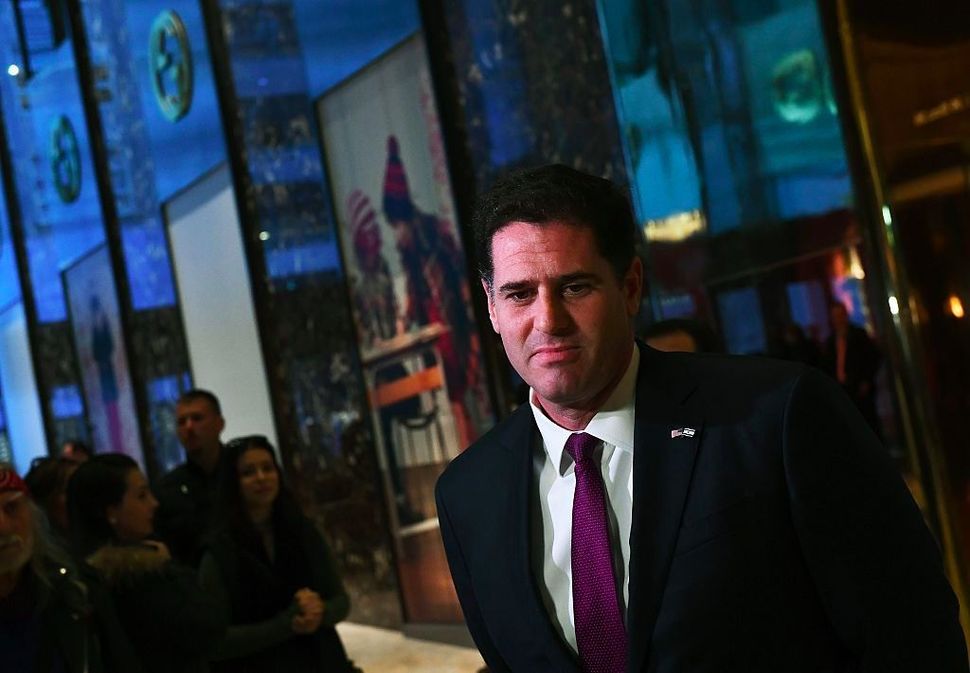 On Tuesday, Ron Dermer accepted the Freedom Flame Award  from the Center for Security Policy, whose president, Frank Gaffney, appears on SPLC’s anti-Muslim extremist list. SPLC had urged Dermer to decline the award, suggesting his acceptance “not only further legitimizes this organization, but could be read as an endorsement of anti-Muslim hate by the Israeli government.”

In his acceptance speech, Dermer lambasted the SPLC at length. While the envoy said he used to respect the group, Dermer criticized it for branding Gaffney and other activists critical of Islam as extremists. Among those whom Dermer said were unfairly tagged as extremists by the civil rights group are Daniel Pipes, president of the Middle East Forum; Maajid Nawaz, a British activist who runs a counter-extremism organization, and Ayaan Hirsi Ali, a Dutch-American activist who decries the treatment of women in Islam.

“Have those who put Ayaan on that list no shame? Have they no decency?” Dermer asked at the New York event. “The SPLC and others who asked me not to come here tonight claim to support free and open debate. But in reality, they seem to want to stifle debate. They preach tolerance for those who look different. But they are in effect practicing intolerance to those who think different.”

Much of Dermer’s speech was devoted to what he called “defeating militant Islam,” which he described as an ideology distinct from Islam itself.

“I recognize that there are those who believe that by naming the enemy ‘militant Islam’ people will mistakenly believe that the enemy is Islam itself rather than a virulent ideology now ascendant in the Muslim world,” he said.

Dermer accused the SPLC, in naming Ali and others to its list of extremists, of defaming “erudite scholars and courageous reformers who are trying to enlighten us about ideologies that threaten our way of life.”

SPLC’s file on Gaffney criticizes him for warning of “creeping Shariah” taking over the United States, for suggesting that the Muslim Brotherhood organization has infiltrated the U.S. government, and for calling for a ban on Muslim immigration to the country. The Anti-Defamation League also has a file on Gaffney and accuses him of promoting anti-Muslim conspiracy theories.