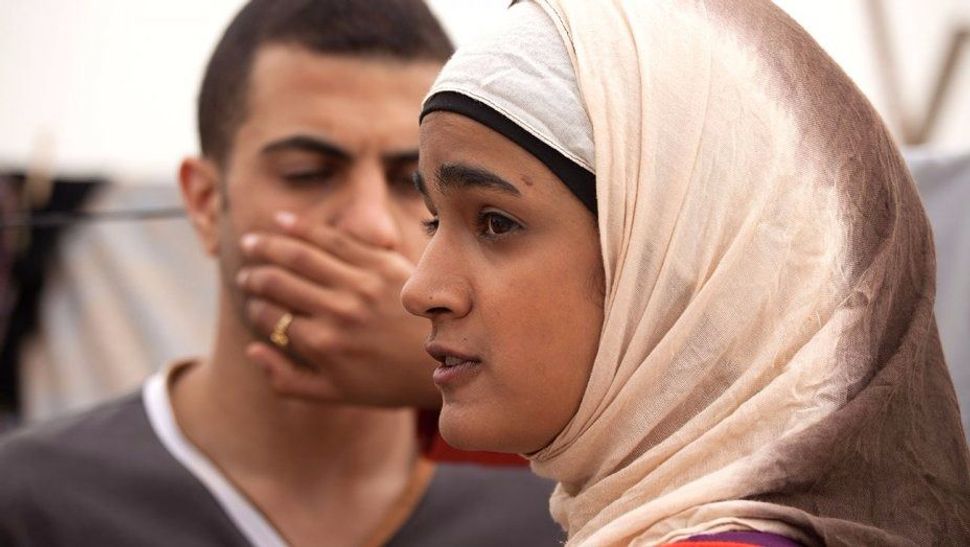 LOS ANGELES — Israel’s hopes for an Oscar as best foreign-language film were dashed when “Sand Storm” failed to make the cut as competing entries from 85 countries were narrowed to nine semi-finalists.

Noticeably, however, three of the nine movies on the shortlist, which was determined Thursday evening, deal with the Nazi era, indicating once again the hold that World War II and Holocaust themes have on the imagination of filmmakers.

The elimination of “Sand Storm” spelled the end, for now, of a Cinderella story, in which Elite Zexer, in her first feature film, dominated the Israeli equivalent of the Academy Awards, winning six Ophir awards, including best picture and best director.

Centered on a clash between tradition and modernity in a Bedouin village, the film, set in the Negev and entirely in Arabic, has won top prizes at international film festivals in Taiwan, South Korea, Seattle and Jerusalem and the World Cinema Grand Jury Prize at Sundance.

Among the nine surviving entries are Russia’s “Paradise,” Norway’s “The King’s Choice,” and Denmark’s “Land of Mine.”

At the center of Russia’s entry, “Paradise,” is a Russian noblewoman, working as a fashion editor in Paris, who is thrown into a concentration camp during the Nazi occupation for sheltering two Jewish children.

The Danish entry represents perhaps the most unlikely twist in a movie about the World War II era. It focuses on the suffering of young German troops who are forced by the Danish army to defuse German mines laid on the Danish coast. Many of the prisoners die in the process.

Norway’s “The King’s Choice” is set in April 1940, as Nazi forces invade Norway by sea and demanded that King Haakon capitulate. The monarch refused and, in exile, orchestrated his countrymen’s resistance to the German occupation.

Other movies making the shortlist are Australia’s “Tanna,” Canada’s “It’s Only the End of the World,” Germany’s “Toni Erdmann,” Iran’s “The Salesman,” Sweden’s “A Man Called Ove” and Switzerland’s “My Life as a Zucchini.”

Some early favorites, such as France’s “Elle” and Chile’s “Neruda” were also eliminated. The list of nine movies will be narrowed to five on Jan. 24, when the nominees in all categories will be announced. The ultimate winners will be crowned on Feb. 26 at the Dolby Theatre in Hollywood. The gala evening will be televised to 225 countries and territories worldwide.