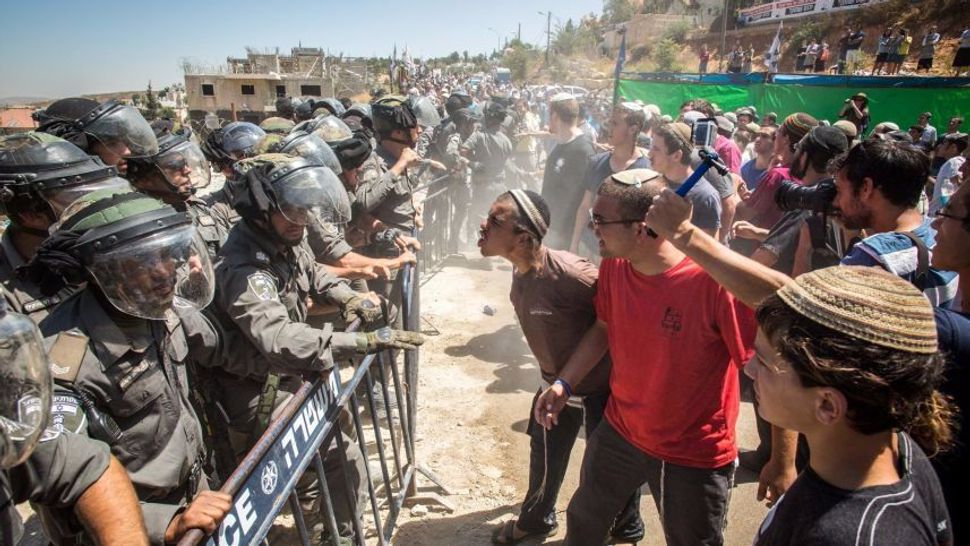 President-elect Donald Trump once donated $10,000 to institutions located in the West Bank settlement of Beit El, one of its founders revealed on Sunday.

Yaakov (“Ketsale”) Katz said in an interview with the settler radio station Galey Israel that the donation was made in honor of Trump’s lawyer and friend David Friedman, whom he has since chosen as the next U.S. ambassador to Israel. Friedman serves as president of the American Friends of Beit El Institutions, which raises about $2 million a year for projects and institutions in the settlement.

With a population of about 6,500, Beit El is one of the oldest Israeli settlements. Katz serves today as chairman of the Arutz Sheva news site, one of several projects funded by Friedman’s organization.

The information provided by Katz about the donation could not be independently confirmed with either Trump or Friedman.

The settlement of Beit El also receives financial support from the family of Jared Kushner, Trump’s son-in-law. Charles and Seryl Kushner, Jared’s parents, were on the founding board of trustees of the fundraising organization, Haaretz has learned. Other members of the founding board included David Friedman and his wife Tammy, as well as the late Irving Moscowitz and his wife Cherna. (Irving Moscowitz was a prominent supporter of the settler movement, best known for buying up properties in Arab neighborhoods of East Jerusalem for the purpose of creating a Jewish majority there.)

In the radio interview, Katz – a well-known settler leader – said he and Friedman had been friends for 40 years and were “like brothers.” He said he was also very close friends with the Kushner family, whom he described as “big donors” to the organization. Haaretz recently published that the Kushner family foundation had donated $20,000 to American Friends of Beit El Institutions in 2013 – among its biggest donations to a single organization that year.

The honorary chairman of the American fundraising arm of Beit El is Eugen Gluck. His daughter Rosie is married to Mark Friedman, the brother of the designated ambassador to Israel.

Prominent among the institutions that benefit from the organization’s fundraising efforts is a yeshiva headed by a militant rabbi who has urged Israeli soldiers to disobey orders to evacuate settlements and who has argued that homosexual tendencies arise from eating certain foods.

The yeshiva, which combines Jewish learning and army service, was founded and run by Rabbi Zalman Melamed, a founder of the far-right political party Tkuma (today part of Habayit Hayehudi, a member of the governing coalition).

In 1995, following the Oslo agreements, Melamed was among a group of rabbis that declared it a violation of Jewish law for soldiers to evacuate IDF bases in the occupied territories. In 2005, he urged Israeli soldiers to resist orders to evacuate the Gush Katif settlements in the Gaza Strip.