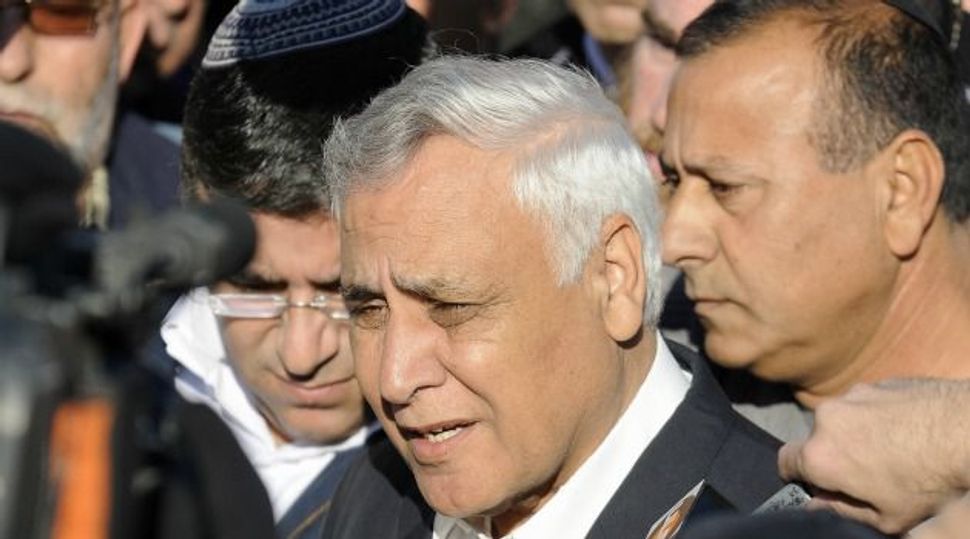 Disgraced former Israeli president Moshe Katsav, who has been serving a seven-year prison sentence for rape, was on Sunday set for early release after five years behind bars, a parole board order said.

But the release of Katsav has been delayed by at least a week while state prosecutors consider whether to appeal against the parole board’s decision.

Katsav left office in 2007 and was convicted of raping an aide when he was a cabinet minister in the late 1990s. He was also convicted of molesting or sexually harassing two other women employees during his 2000-2007 term as president.

Katsav, a former member of the right-wing Likud party, was jailed in 2011. He had for a long time denied any wrongdoing and was turned down for early release on two previous occasions.

In its decision on Sunday, the board wrote that since the first failed hearing, Katsav had “traveled a long path, had benefited from prison therapy services and had recognized and regretted his actions against the women and the pain he had caused them.”

Katsav’s lawyers told reporters that he broke down in tears after hearing the board’s decision to release him.