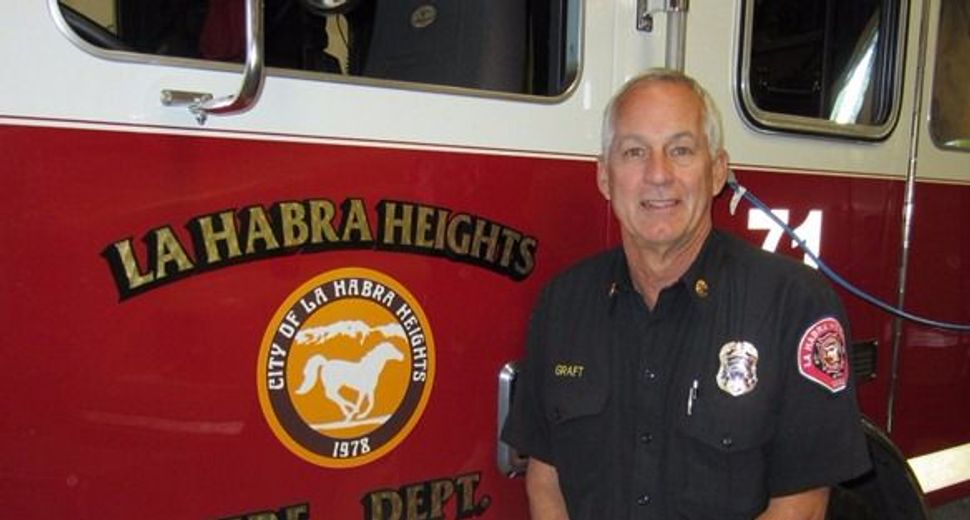 — A former volunteer firefighter from Southern California is suing his former department alleging anti-Semitism and harassment.

Jared Hartstein, 27, of Irvine, worked for the volunteer fire department in La Habra Heights from June 2015 until he resigned on Dec. 21 that year.

Hartstein alleged in interviews with the local media that senior firefighters made the Nazi salute in front of him and drew a swastika on his notebook. He said his co-workers also made fun of his sexuality — Hartstein is not homosexual — and the attacks left him with post traumatic stress disorder for which he sees a psychiatrist. Hartstein also said he was once physically assaulted.

The La Habra Heights city manager, Tom Robins, told the Whittier Daily News that an independent investigation was completed in response to the allegations and that they did not hold up under the inquiry.

Hartstein also alleged that his co-workers mocked him for being Jewish and nicknamed him “the Bear Jew,” his safety gear was tampered with and he was forced to complete drills he had already passed.