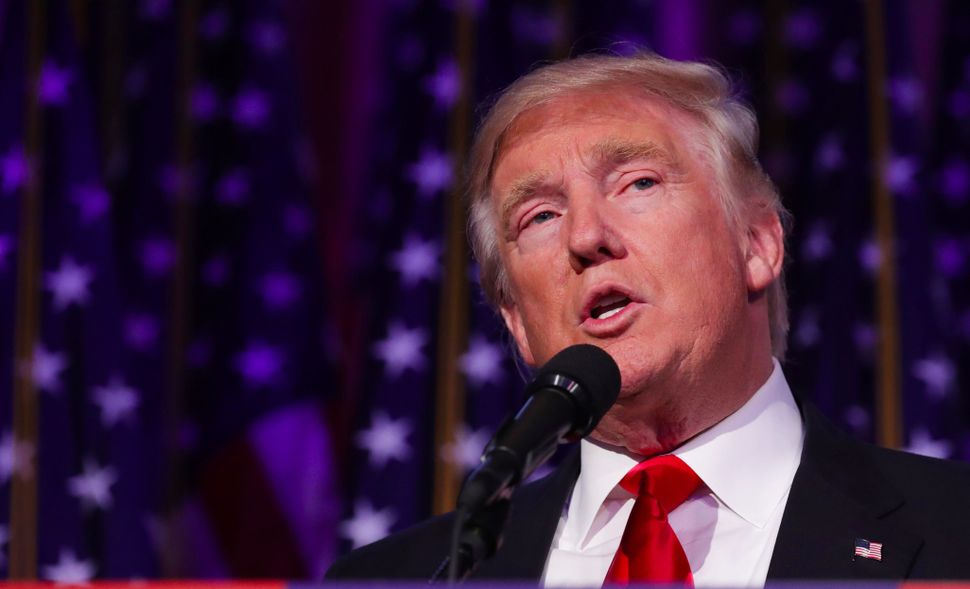 President-elect Donald Trump and Israeli Prime Minister Benjamin Netanyahu urged the Obama administration on Thursday to veto a U.N. Security Council draft resolution calling for an immediate halt to settlement building on occupied land that Palestinians want for a state.

Netanyahu took to Twitter in the dead of night in Israel to make the appeal, in a sign of concern that President Barack Obama might take a parting shot at a policy he has long opposed and a right-wing leader with whom he has had a rocky relationship.

Hours later, Trump, posting on Twitter and Facebook, said: “The resolution being considered at the United Nations Security Council regarding Israel should be vetoed.”

Trump said that “as the United States has long maintained, peace between the Israelis and Palestinians will only come through direct negotiations between the parties, and not through the imposition of terms by the United Nations.”

“This puts Israel in a very poor negotiating position and is extremely unfair to all Israelis,” he wrote.

Egypt circulated the draft on Wednesday evening and the 15-member council is due to vote at 3 p.m. ET (2000 GMT) on Thursday, diplomats said. It was unclear, they said, how the United States, which has protected Israel from U.N. action, would vote.

The White House declined to comment. Some diplomats hope Obama will allow Security Council action by abstaining on the vote. Israel’s security cabinet was due to hold a special session at 1500 GMT to discuss the issue.

Obama’s administration has been highly critical of settlement construction in the occupied West Bank and East Jerusalem. U.S. officials said this month, however, the president was not expected to make major moves on Israeli-Palestinian peace before leaving office.

Tweeting at 3:28 a.m., Netanyahu said the United States “should veto the anti-Israel resolution at the U.N. Security Council on Thursday.”

Israel’s far-right and settler leaders have been buoyed by the election of Trump, the Republican presidential candidate. He has already signaled a possible change in U.S. policy by appointing one his lawyers – a fundraiser for a major Israeli settlement – as Washington’s new ambassador to Israel.

In 2011, the United States vetoed a draft resolution condemning Israeli settlements after the Palestinians refused a compromise offer from Washington.

Israel’s U.N. ambassador, Danny Danon, said on Israeli Army Radio: “In a few hours we will receive the answer from our American friends.”

“I hope very much it will be the same one we received in 2011 when the version was very similar to the one proposed now and the U.S. ambassador to the U.N. at the time, Susan Rice, vetoed it.”

The draft text says the establishment of settlements by Israel has “no legal validity and constitutes a flagrant violation under international law.”

It expresses grave concern that continuing settlement activities “are dangerously imperiling the viability of a two-state solution.”

The United States says continued Israeli settlement building lacks legitimacy, but has stopped short of adopting the position of many countries that it is illegal under international law. Some 570,000 Israelis live in the West Bank and East Jerusalem, areas Israel captured in a 1967 war.

Danon said nothing would change on the ground if the resolution passes. But he said it could spur Palestinians to seek international sanctions against Israel and impede any return to peace talks that collapsed in 2014.

A resolution needs nine votes in favor and no vetoes by the United States, France, Russia, Britain or China to be adopted.