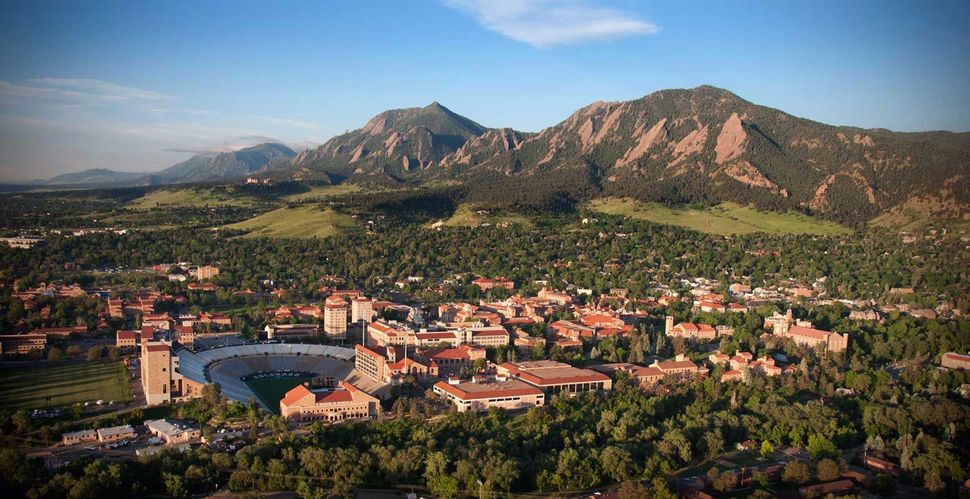 Image by U. of Colorado

Its 7-2 vote last week came three years after a council decision against entering into a formal relationship with Nablus and years of heated debate over the issue. The council identified Nablus as being in “Palestine.”

The Colorado Jewish Community Relations Council in a statement issued Tuesday said it was “deeply disappointed” with the Dec. 13 decision.

“While, on the surface, there is nothing wrong with creating a relationship with any city anywhere in the world, the fact that Nablus is inextricably linked with anti-Israel activism cannot be ignored,” the JCRC said. “Appropriately, the City Council’s approval was made with an assurance that both anti-Semitism and Islamophobia would not be tolerated in Boulder.”

Two-thirds of the council members were not in office the last time the issue was introduced.

The City Council has received about 1,000 emails on the adoption of Nablus as a sister city since May, when the issue was reintroduced to the council, the Boulder Daily Camera reported. Some 78 people spoke at a public hearing before the vote.