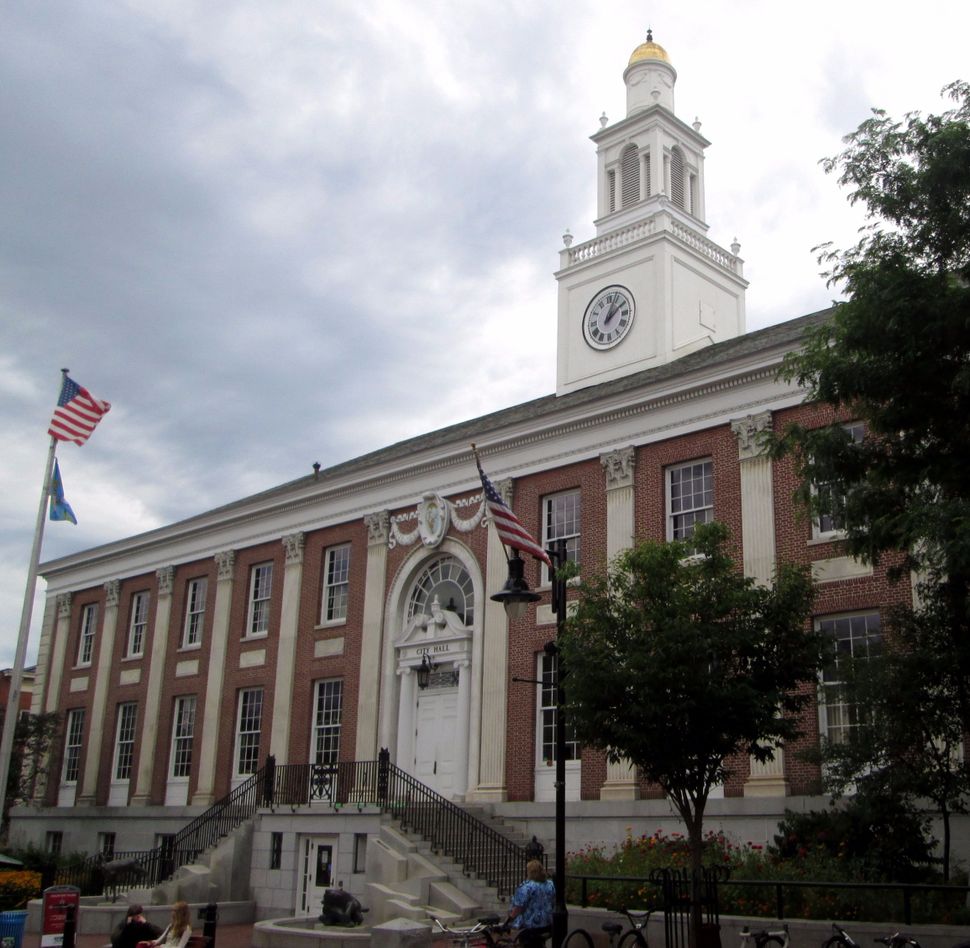 (JTA) — A woman who wrote and distributed anti-Semitic fliers at a City Council meeting in Burlington, Vermont, will not be arrested and charged.

Burlington Police said that distributing the fliers, which assert that Jews have destroyed the city led by Jewish Mayor Miro Weinberger, is not illegal. An investigation was opened, however, since the department looks into all incidents of bias and hate.

The fliers, which were left on chairs anonymously before the start of Monday’s City Council meeting, accuse the mayor of leading a “Jewish demolition team” against the city.

The woman who created the fliers reportedly has authored similar documents in the past, though not against the Jewish community and not quite as vitriolic, and is believed to have a history of mental health problems, according to Vermont Public Radio.

City Council President Jane Knodell called the fliers “overtly anti-Semitic.” She told Vermont Public Radio that the flier was an attack on the American values of liberty and justice for all.

“This kind of hate speech undermines the feelings of liberty that the targeted population has, which in this case was Jewish members of our community,” she said.