Pope Calls for ‘New Page’ Between Israel and the Palestinians 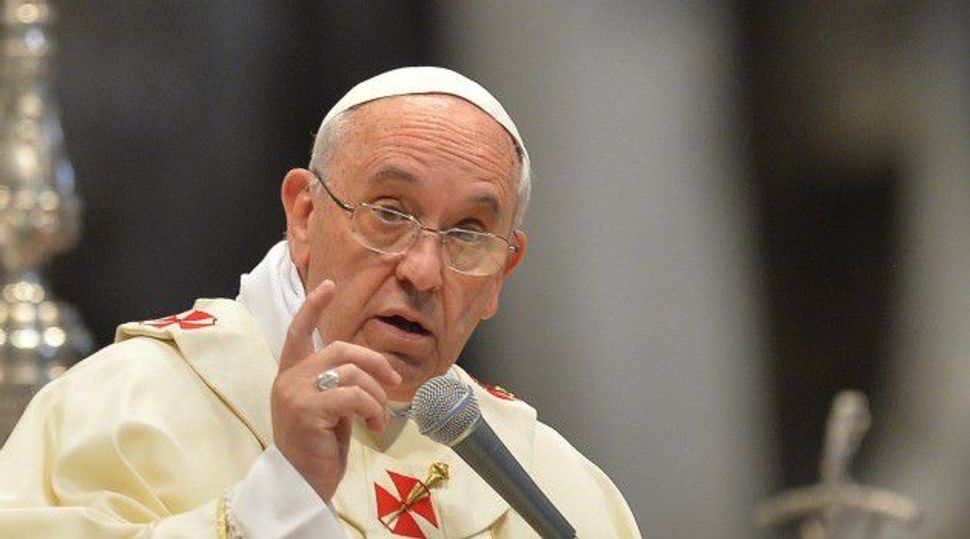 (JTA) — Pope Francis said he hopes for peace between Israel and the Palestinians during his Christmas message.

“Peace to women and men of the beloved Holy Land, the land chosen and favored by God,” Francis said Sunday at noon from the balcony of St. Peter’s Basilica at the Vatican.

The pope called on Israel and the Palestinians to “have the courage and the determination to write a new page of history, where hate and revenge give way to the will to build together a future of mutual understanding and harmony.”

Francis called for peace in conflict areas throughout the world.

“Today this message of peace goes out to the ends of the earth to reach all peoples, especially those scarred by war and harsh conflicts that seem stronger than the yearning for peace,” he said.

He specifically called for peace in Syria. “It is time for weapons to be still forever (in Syria), and the international community to actively seek a negotiated solution, so that civil co-existence can be restored in the country,” he said.

Security was raised in Italy and at the Vatican after police killed the alleged Berlin market truck terrorist.

Pope Calls for ‘New Page’ Between Israel and the Palestinians