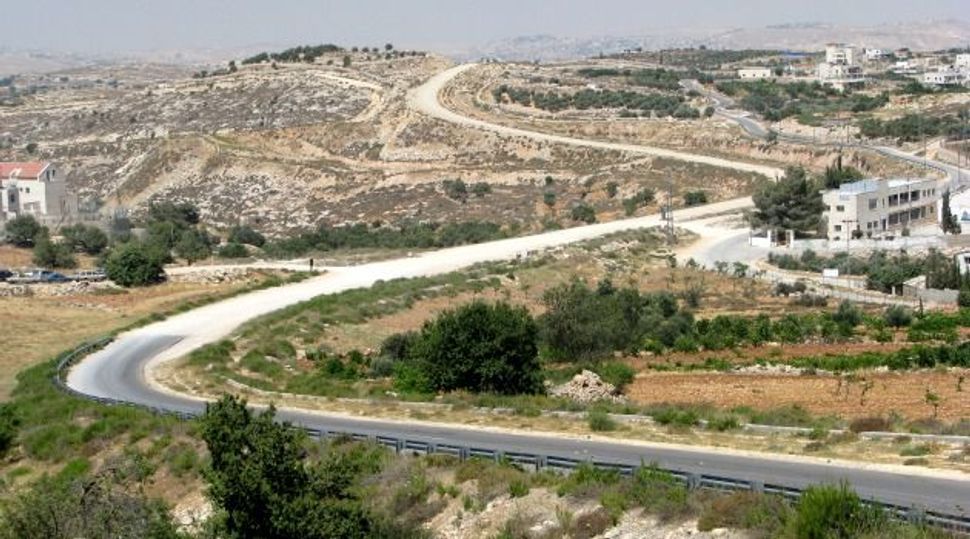 Dividing Line: The paved road from Efrat in the West Bank turns to gravel on its way to a Palestinian village. Image by Jane Eisner

JERUSALEM (JTA) — An Israeli man was stabbed and moderately wounded while walking on the main street of the West Bank settlement of Efrat.

The man, in his 50s, was walking with his wife after the start of Shabbat on Friday evening, when a Palestinian assailant stabbed him three times in the settlement located in the Etzion bloc north of Jerusalem, according to reports.

The assailant was still at large on Sunday, according to reports.

On Saturday, a Palestinian woman, 35, was arrested near the Lion’s Gate in the Old City of Jerusalem. The woman, a resident of eastern Jerusalem, carried a large knife and admitted that she had planned to carry out a stabbing attack, police said.

On Sunday, a gunman believed to be a Palestinian opened fire on the West Bank settlement of Beit El.  No one was injured.