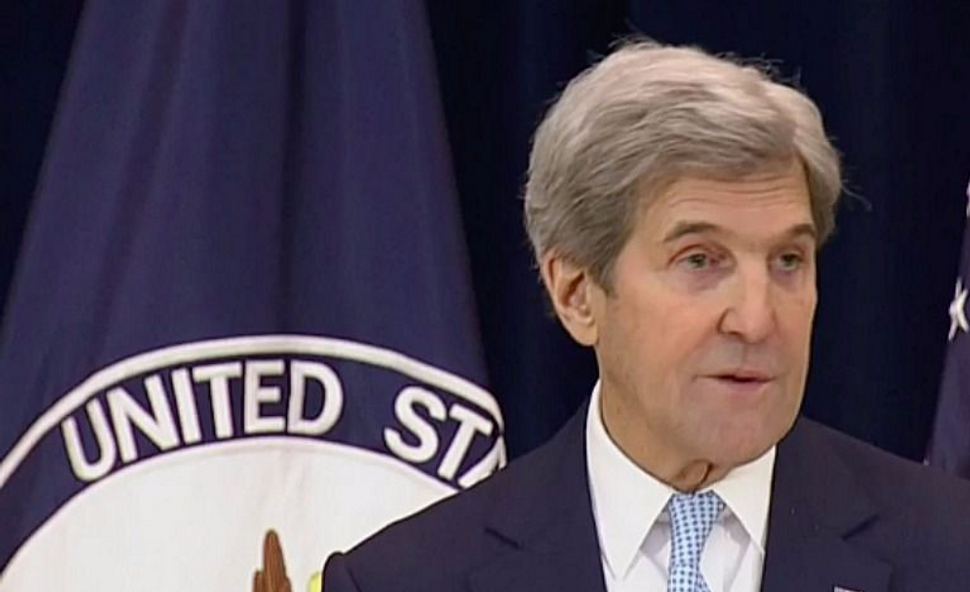 In lengthy remarks from the State Department in Washington, Kerry presented a detailed critique of Israeli settlement policy in a speech billed as an effort to lay out a vision for achieving a two-state solution to the Israeli-Palestinian conflict.

Kerry dwelled at length on Israeli settlement policy in the West Bank, charging leaders of the settlement movement with acting deliberately to make a two-state solution impossible, saying that is “exactly the outcome some are purposefully accelerating.” Kerry noted that the Israeli settler population has grown by 270,000 since President Obama took office in 2009 and and lamented the reversal of trends toward greater Palestinian control initiated with the 1993 Oslo Accords.

“I don’t think most people in Israel and certainly in the world have any idea how broad and systematic the process has become, but the facts speak for themselves,” Kerry said.

Kerry also had harsh words for the Palestinians, condemning their incitement to violence and glorification of terrorists, for whom public squares and schools are sometimes named. And he slammed the attempt to isolate and delegitimize Israel in the United Nations and elsewhere.

But he reserved the bulk of criticism for Israeli settlements, portraying them as obstacles to peace and counter to Israeli interests, even as he acknowledged that they are neither the sole nor the prime reason the conflict endures. Kerry also lashed out at recent Israeli legislation aimed at legalizing settler outposts built deep in the West Bank.