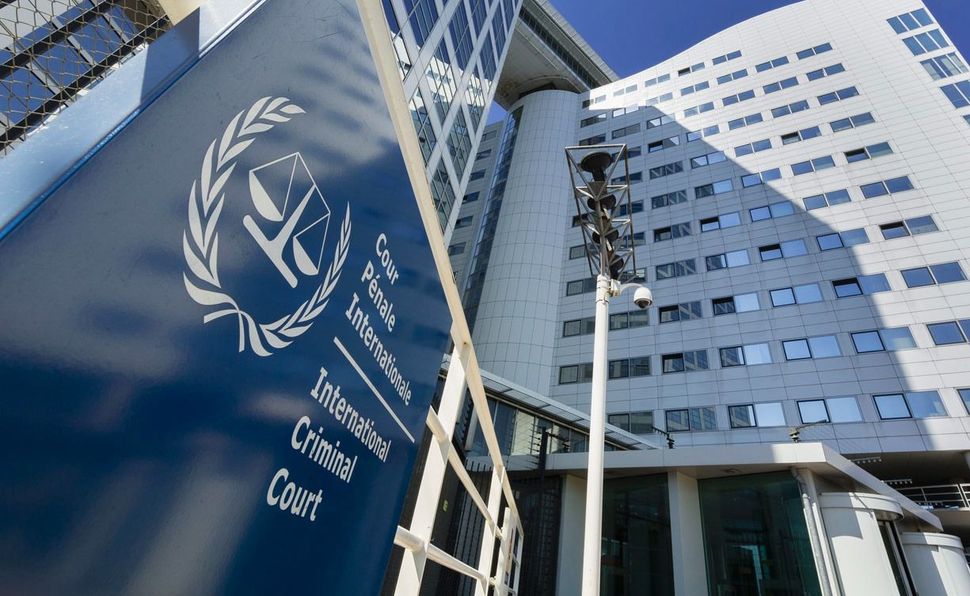 THE HAGUE, Netherlands (JTA) — Hundreds of Christians and Jews gathered outside the seat of the U.N. international court for a Hanukkah event that they said was also a protest against anti-Israel bias.

The lighting of Hanukkah candles Wednesday on a 36-foot menorah outside the Hague’s Peace Palace, which houses the International Court of Justice, was the initiative of Christians for Israel, an international, faith-based Israel-advocacy group based in Holland with 30 affiliates worldwide and hundreds of thousands of members.

“One of their supporters came up with the idea of setting up this huge Hanukkah menorah in The Hague this year,” said the city’s chief rabbi, Shmuel Katzman, of Christians for Israel, which had the the menorah built in 2013. “I jumped on the opportunity.”

It was the first known Hanukkah menorah outside the Peace Palace, he said.

The offer led to the relocation of the annual lighting ceremony, which Katzman usually performs at City Hall, to the Peace Palace in a move that Katzman said was symbolic also in light of Friday’s U.N. Security Council resolution condemning Israel for building in areas defined by the United Nations as occupied, including eastern Jerusalem.

In 2004, the court ruled that Israel’s security fence along the West Bank was illegal.

Katzman said he did not wish to paint the United Nations in any negative light, adding: “The organization functions as well or as flawed as the people who are there. But when we are confronted by darkness, we need to drive it out with light, and that’s what we’re doing there.”

Hopefully, Katzman said in front of the building that for many represents an international commitment to peace and justice, “the international community will treat Israel and its people more justly, and help bring about peace.”

Binyomin Jacobs, chief rabbi of the Inter-Provincial Rabbinate of the Netherlands, who also attended the event, told JTA last week that Hanukkah, a holiday celebrating the defiance of Jews during the Maccabean revolt against the Syrian Greek army, is especially appropriate for such a demonstration.

The venue in The Hague “makes a statement also about what goes on at the Peace Palace,” he said.

Bas Belder, a member of the European Parliament and vice chairman of its delegation for the relations with Israel, told JTA at the event that he “reaches out to partners in Europe to determine steps to counter the U.N. Security Council.”

At the ceremony, a klezmer band played Jewish songs as the Christians and Jews gathered around the menorah sang along in Hebrew.

Cornel van Beek, a spokesman for the pro-Israel Reformed Political Party, said the event was a “powerful gesture.” But he also said he was shocked to see heavy security deployed around the menorah.

“There should be no need for security at a religious event celebrating the freedom of worship,” he said.