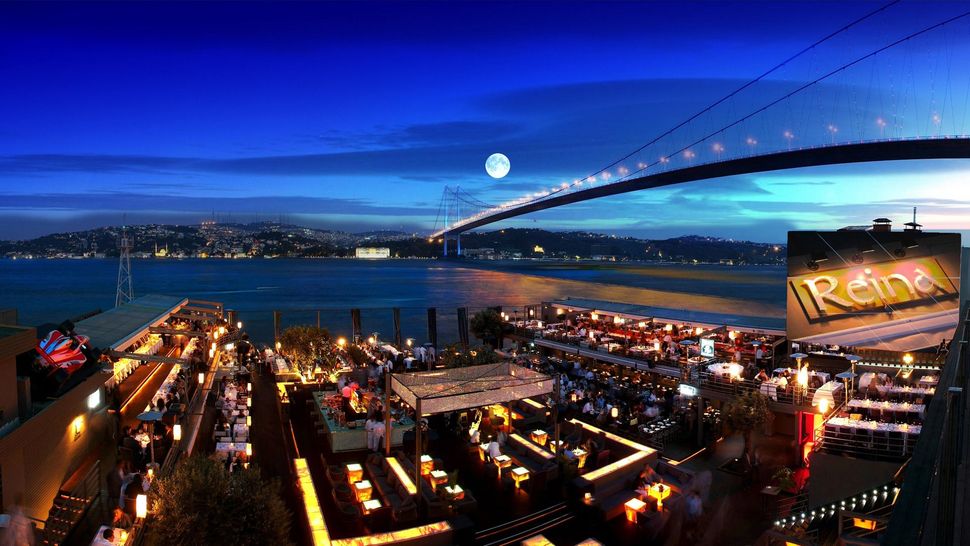 Bosphorus Terror: The Reina nightclub was attacked by a terrorist gunman on New Year’s Day. Image by Courtesy of Reina Nightclub

(JTA) — At least 39 people were killed and dozens wounded in an apparent terrorist attack on an Istanbul night club, where a man was seen firing into a crowd of revellers celebrating the new year.

One Israeli, 19-year-old Lian Nasser, from the Arab-Israeli city of Tira, was among the dead and her friend was wounded.

In a statement at the weekly cabinet meeting on Sunday, Israeli Prime Minister Benjamin Netanyahu said: “We saw over the weekend … another deadly attack in Turkey. We send condolences to the families of those who were murdered and best wishes for recovery to the wounded.”

The attack, took place at around 1 a.m. Sunday at the Reina nightclub in Istanbul’s Ortakoy neighborhood. A total of 15 of foreigners were among the ones killed in the attack, according to Hurriyet Daily News.

The prestigious club is situated next to the Bosphorus and some revelers had jumped from the into the water to escape the gunfire before being rescued by police, NTV said. One gunman shot and killed police officer at the entrance to the club, proceeding to fire indiscriminately on people inside the club using an AK-47 assault rifle, Istanbul police said.

The whereabouts of shooters is not widely known and Turkey’s Radio and Television Supreme Council announced a gag order regarding the attack. A manhunt is underway, according to some Turkush media.

Attacks of terrorist organizations “are not independently of incidents happening in our region,” President Recep Tayyip Erdoğan said vowing to do whatever needed in the region in order to maintain security of Turkish citizens.