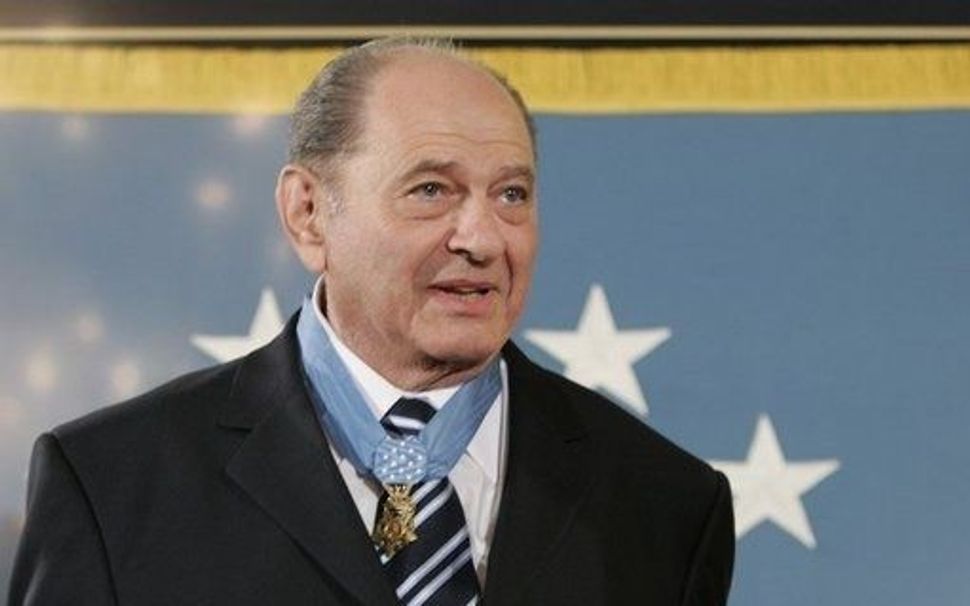 Rubin, a Hungarian-born child survivor of the Holocaust, had to wait 55 years until his valor in the Korean War was recognized with the award of the nation’s highest military decoration, the Congressional Medal of Honor.

Since then, national and local organizations have been vying to atone for the long-time neglect by conferring honors and recognition on the Garden Grove, California resident, even since his death in 2015 at the age of 86.

These include the issuance of a U.S. postage stamp bearing his likeness; the publication of a full-scale biography “Single Handed”; his inclusion in a documentary on American Jewish wartime heroes, and the renaming of the Garden Grove Public Library and a Jewish War Veterans chapter in his honor.

Rubin was sent to the Mauthausen concentration camp at 13 and when he was liberated by American troops 14 months later he vowed to join the U.S. army if and when he ever got to America.

He succeeded in his plans, joined the army just before the start of the Korean War in 1950 and was assigned to the 8th Cavalry Regiment. Among other feats, he secured a route of retreat for his company by single-handedly defending a hill for 24 hours against waves of North Korean soldiers.

His commanding officers recommended Rubin three times for the Medal of Honor, but the necessary paper chain to Washington was sabotaged by his company’s 1st Sergeant, Artice V. Watson, a fanatical anti-Semite.

When he embarked on his trip to meet with then-President George Bush, he was assigned an honor guard, which inspired him to observe: “When I came to this country, people called me a little Hungarian schmuck. But that has all changed. Now they call me *M**ister* Schmuck.”