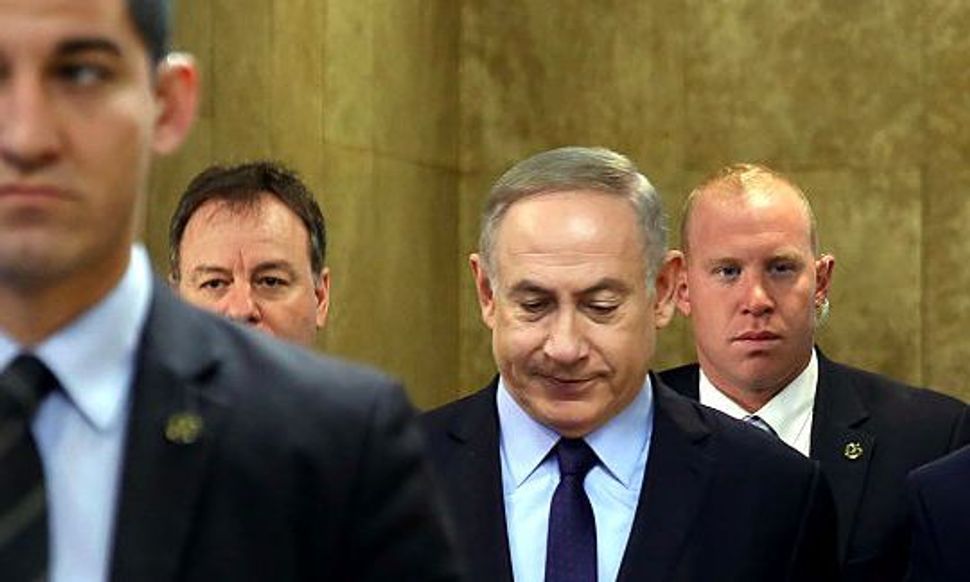 Police investigators began questioning Prime Minister Benjamin Netanyahu at his official residence in Jerusalem on Monday on suspicion of receiving gifts from businessmen in breach of his role as a public servant, Israeli media said.

The move was authorized by Attorney General Avichai Mandelblit, who decided after a preliminary inquiry that there was enough evidence to open a criminal investigation, Haaretz newspaper reported.

Netanyahu told his ruling Likud faction in parliament that those hoping for his downfall would have to “wait with the celebrations, don’t rush. I’ve said it before and I’ll say it once again: there will be nothing because there is nothing.” The police and Justice Ministry would not confirm when the interview would take place or the nature of the investigation, details of which have appeared in the media in recent days. Netanyahu’s office has denied any wrongdoing.

“All the supposed affairs will turn out to be fiction,” his family spokesman said on Monday. “We are repeating: there will be nothing, because there is nothing.”

Photographers were camped outside the heavily guarded residence, hoping to get pictures of investigators arriving. Black screens were erected inside the gates of the property to block the view.

Haaretz and other newspapers said the probe related to gifts worth “hundreds of thousands of shekels” ($1=3.85 shekels) given to Netanyahu by Israeli and foreign businessmen.

Channel 2, a commercial network, said the investigation was one of two cases now open against the prime minister, although it said details of the second remained unclear.

Netanyahu, 67, has been in power on and off since 1996. He is currently in his fourth term as prime minister and will become Israel’s longest-serving leader if he stays in office until the end of next year.

He and his wife, Sara, have weathered several scandals over the years, including investigations into the misuse of state funds and an audit of the family’s spending on everything from laundry to ice cream. They have denied any wrongdoing.

Netanyahu is not the first prime minister to be questioned in a criminal case.

Ehud Olmert, who held office from 2006 to 2009, is currently serving 18 months in prison after being convicted of breach of trust and bribery in 2014.

Former prime minister Ariel Sharon was questioned while in office in 2003 and 2004 over allegations of bribery and corruption involving him and his two sons. In 2006, his son Omri was convicted of corruption and served time in prison.

Netanyahu’s police appointment drew a barrage of commentary from the center-left opposition in parliament, with politicians calling for him to go.

Ahead of a cabinet meeting on Sunday, Netanyahu responded, saying: “I suggest the opposition calm down.”

Israeli commentators pointed out that while Netanyahu may be questioned, it has happened many times in the past and prime ministers have gone on governing, sometimes for years. —Reuters