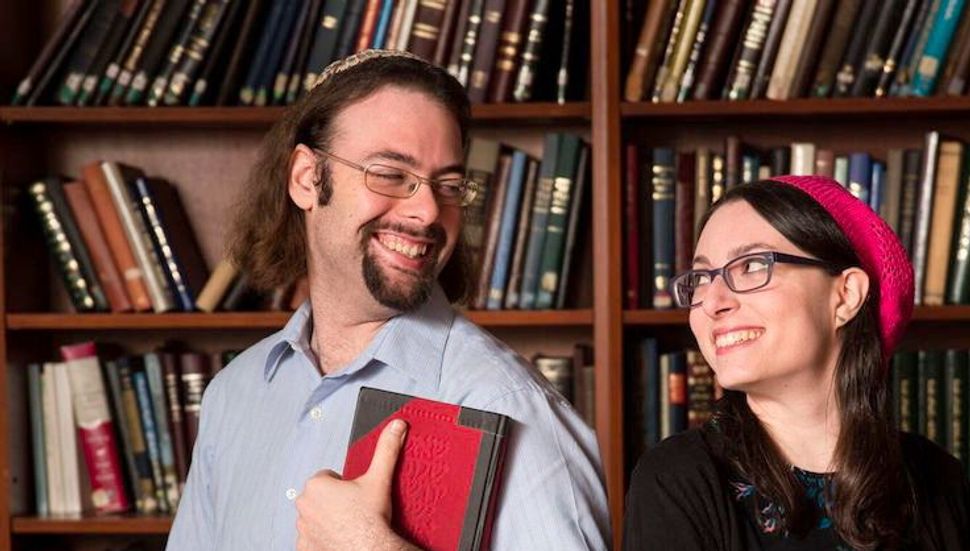 (JTA) — Yair Shahak of New York City was one of two winners of the International Adult Bible Contest in Jerusalem.

Shahak, 28, representing the U.S., shared the honor with Israeli Yafit Silman, according to Ynet News. Shahak’s wife, Yaelle Frohlich, was also a finalist in the competition, representing Canada. The contest ended on Dec. 28.

The contest — sort of a spelling bee, but with biblical verses rather than words — has the contestants answer the minutest of details about the most obscure of biblical books. Contestants must locate or complete fragments of biblical verses, identify who said which quotation to whom, or name geographical details of the ancient Land of Israel.

The competition drew 27 finalists from all over the world, ages 24 and up, who took a rigorous written exam. It ended in a final round of 16, where contestants were quizzed orally in front of an audience that included Israeli Education Minister Naftali Bennett.

Shahak, a cantor and graduate student of violin, was one of the international competition’s final eight contestants when it was last held in 2014.

“Something that bothers me is how little most Orthodox Jews know about Jewish history, and you can’t know Jewish history without knowing Bible,” Shahak told JTA last month. “Biblical history is not in a vacuum, that it maybe happened but we don’t really talk about it. I think it was real and it did happen, and we have to understand how it happened and what it means for us.”