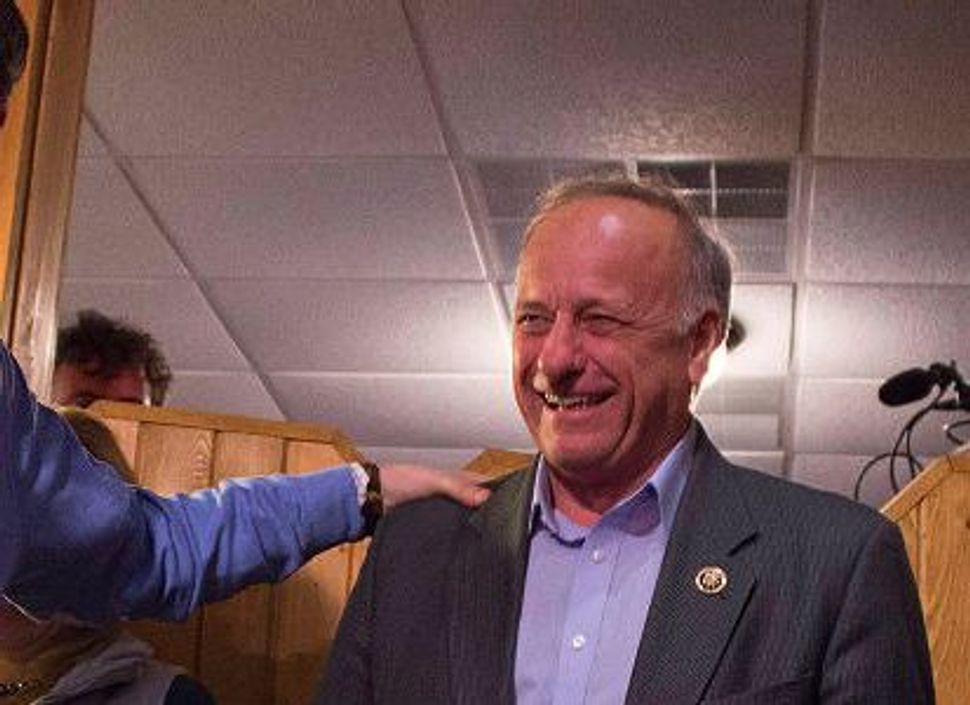 Four Republican members of Congress voted against a bill condemning the recent UN resolution on Israel because the measure reiterated U.S. support for the two-state solution.

The minor revolt reflects the growing support on the far right of the GOP — and the incoming Trump administration — for openly ruling out a Palestinian state on the West Bank.

“Hebron is in what was the Promised Land, David ruled from there, and in a two-state solution, Hebron is going to the Palestinians,” Gohmert said. “How do they deserve the land that was given as the Promised Land before Mohammad even existed? I can’t support this resolution. I can’t do it.”

Rep. Steve King (R-IA) also criticized the resolution. He said it “has a lot of good and right in it,” but is wrong to include support of the two-state solution, which according to King “has run its course.”

Jeff Ballabon, a Republican political strategist involved in the effort to remove the two-state solution from the party platform told Haaretz that some pro-Israeli leaders and politicians who oppose a two-state solution, nevertheless have decided to support the Royce-Engel resolution, because they believe it could deter the Obama administration from taking further steps before January 20, regarding Israel at the UN.

“Here is how it was described to me by a pro-Israel leader who supports the resolution despite their opposition to two-states: ‘the two-state solution is like cancer, but right now, Obama is about to unleash a heart-attack on Israel, so we need to stop the immediate threat and then we can deal with the long-term one,’” Ballabon said.

“It sends the wrong message to Israel and the rest of the world, that the United States is still insistent on creating another Arab state in Judea and Samaria. That’s not true.

One right-wing group that opposes the two-state solution yet came out in favor of the resolution, is the Endowment for Middle East Truth (EMET,) a think-tank based in Washington, D.C.. In a message to its supporters on Thursday evening, EMET clarified that “our endorsement had nothing, what-so-ever, to do with support of the two-state solution. Rather, it has everything to do with the United Nations not being the appropriate forum to settle this dispute.”

The Senate resolution was introduced by Senator Marco Rubio (R-FL), who said in March that conditions for a two-state solution don’t exist. It was co-sponsored by Majority Leader Mitch McConell (R-KY) and eight other Republican Senators, in addition to 10 Democratic senators.

Some Republicans thought that  getting Democrats to strongly condemn the Security Council’s anti-settlement resolution, was worth the price of a verbal and harmless reference to a political solution that isn’t likely to be implemented anytime soon.

David Friedman, President-elect Donald Trump’s candidate to be the next U.S. ambassador to Israel is a staunch opponent of the two-state solution.

However, when incoming White House Chief of Staff Reince Priebus was asked last month if Friedman’s appointment meant that the Trump administration won’t support the two-state solution, he replied that Trump won’t be bound to his ambassador’s position.—With Haaretz