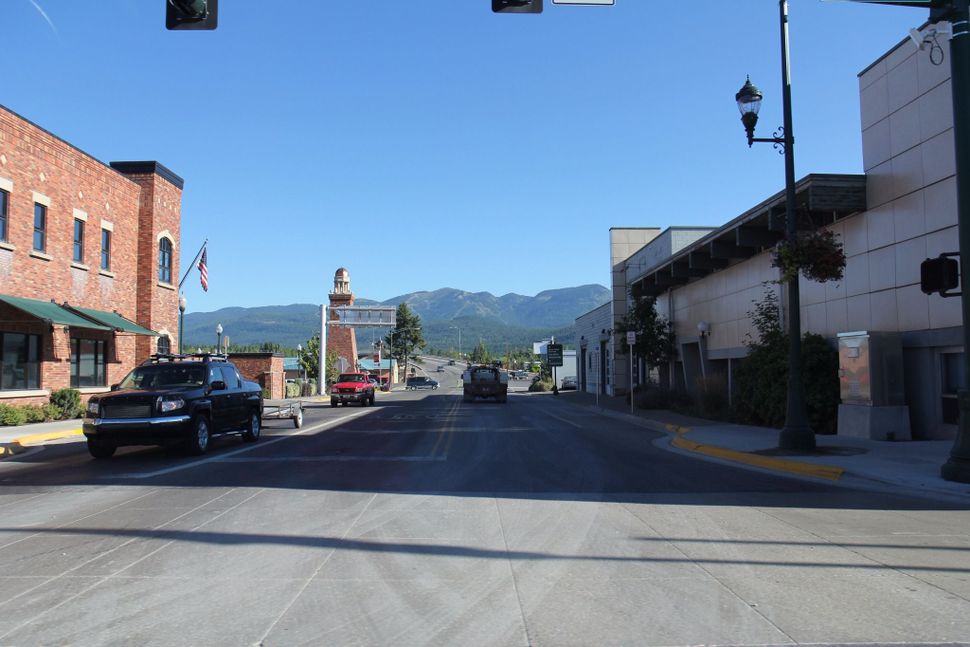 (JTA) — A rally was held in Whitefish, Montana, to show solidarity with the Jewish community, which has been targeted by a neo-Nazi website.

The rally Saturday was sponsored by the Love Not Hate organization, which the Daily Stormer has accused of threatening white supremacist leader Richard Spencer’s mother, who lives in the town along with him.

Several hundred people reportedly turned out for the rally — billed as a block party — in sub-zero degree weather, according to Montana Public Radio. The rally included speeches from city and faith leaders, local singers and storytellers, according to the report.

“This is indeed a community where the voices that speak love and acceptance are so many more numerous than those that speak for hate and division,” Jessica Loti Leferrier, a Love Not Hate rally organizer, told Montana Public Radio.

The neo-Nazi website, the Daily Stormer, said last week that it had filed the paperwork for an armed neo-Nazi march designed to harass the Montana Jewish community of Whitefish.

The march was moved to Monday, Jan. 16, which is Martin Luther King Day this year. The march had originally been set for the day before.

Andrew Anglin, who runs the Daily Stormer website, posted a photo Thursday of the filed application. The Whitefish City Clerk’s Office told the Forward that it had not received an application, and that what was on the website appeared to be incomplete.

Anglin wrote in a post published Thursday that nationalist groups from the United Kingdom, Sweden, France and Greece will attend the march. He also confirmed that “a representative of Hamas will be in attendance, and will give a speech about the international threat of the Jews.”

He said that participants will march through the center of Whitefish and end at Memorial Park, where several people will speak.

Spencer is the president of the National Policy Institute, a white supremacist think tank. In November, he spoke at a white supremacist event in Washington, D.C., to celebrate President-elect Donald Trump’s election. He called out “Hail Trump!” and was greeted by Nazi salutes.

The Daily Stormer published a blog post last month calling for followers to “take action” against Jews in Whitefish by writing and calling them with anti-Semitic messages. The post claimed that Jewish residents were “threatening” the business run by Spencer’s mother in the town.

The post included the names, phone numbers and addresses of Jewish Whitefish residents, as well as their photos emblazoned with yellow stars. It also showed the Twitter handle and photo of a child. Along with using a number of anti-Semitic slurs, the post warned readers against using “violence or threats of violence or anything close to that.”

World Jewish Congress President Ronald  Lauder is demanding that authorities in Montana immediately put a stop to an armed march being planned by neo-Nazis in the town of Whitefish on January 15, calling it “a dangerous and life-threatening rally that puts all of America at risk.”

“When notorious and self-professed neo-Nazis announce that they are planning to march through a town carrying ‘high-profiled rifles’ in an action targeting ‘Jews, Jewish business, and everyone who supports either,’ the local authorities must respond with quick alarm and vigilance,” Lauder said in a statement.

“This rally crosses the line between freedom of expression and incitement to hatred. The intention of these neo-Nazis is not just to send a political message – they are organizing a dangerous and life-threatening rally that puts all of America, including the local Jewish community, at risk,” he said.

Montana lawmakers and faith leaders have issued statements in support of the Whitefish community.