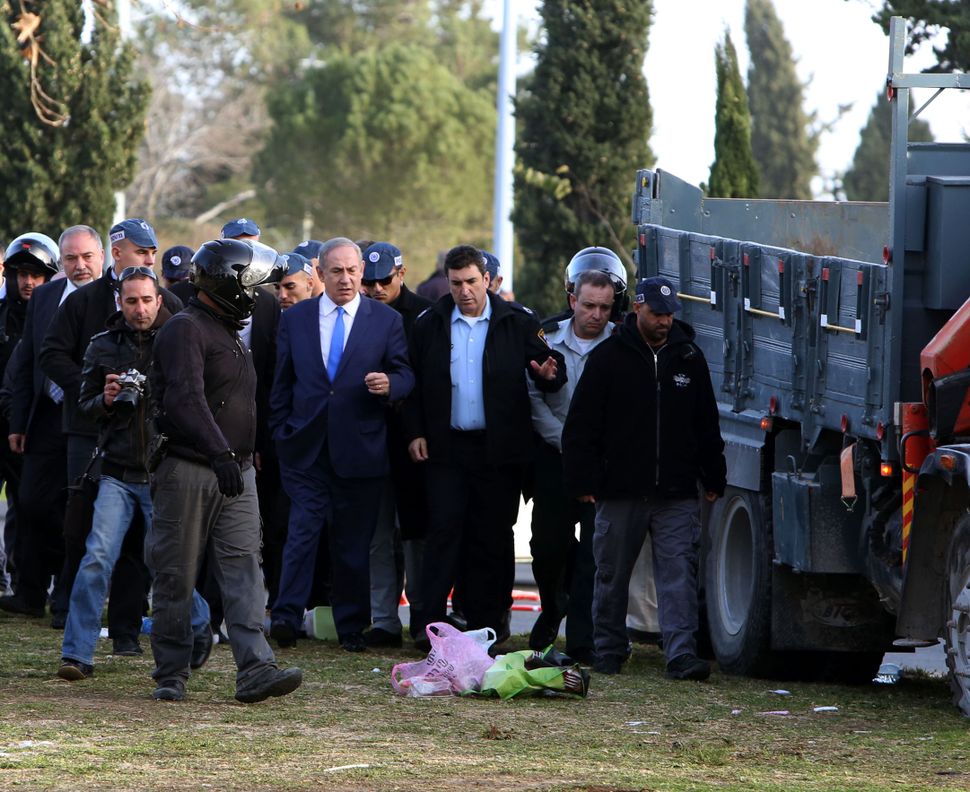 “We condemn in the strongest possible terms today’s horrific vehicular attack by a terrorist in Jerusalem.‎ There is absolutely no justification for these brutal and senseless attacks,” Deputy Department Spokesperson Mark Toner said in a statement issued hours after the attack.

“We‎ condemn the glorification of terrorism now or at any time and call on all to send a clear message that terrorism must never be tolerated.”

Four Israeli soldiers were killed and 15 wounded in the attack on a group of soldiers Sunday on the promenade in the neighborhood, also known as East Talpiot, which marks the border between the eastern and western halves of the city and is usually full of joggers, walkers and tourists.

The driver of the truck was killed by shots fired during the attack. He was identified as a 28-year-old resident of the Jabel Mukaber neighborhood of eastern Jerusalem.

Pentagon Press Secretary Peter Cook in a statement issued later on Sunday condemned “in the strongest terms possible today’s terrorist attack that targeted Israel’s defense forces and express our deepest condolences to the victims. The United States remains committed to Israel’s security and will stand with Israel to combat all forms of terrorism.”‎

“This afternoon four Israelis were killed and many more injured in what appears to have been a deliberate terror attack by a truck driver on a group of people gathered in the Armon Hanatziv promenade,” said the statment. “The EU condemns the murder of these four young Israelis, as well as any praise or incitement for terrorist acts. We extend our sincere condolences to the families of the victims and hope that those injured will make a full recovery.”