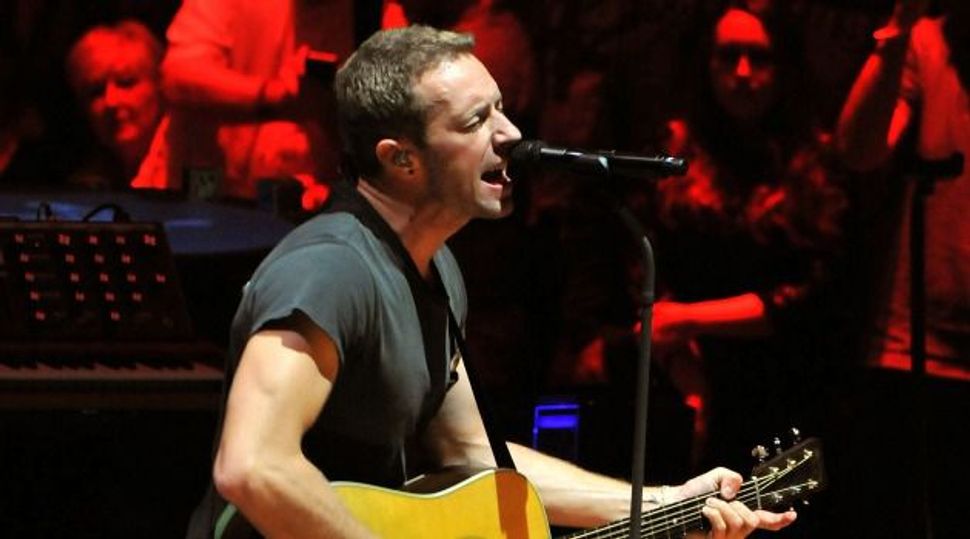 The concerts, set for Nov. 3 and 4, will be performed at an outdoor location north of the Dead Sea, Israel’s Channel 2 reported Monday.

The shows will aim to promote human rights and bring people together, The Times of Israel reported. The tickets — 50,000 for each concert — will be sold in Israel and the Palestinian territories.

Coldplay, which has sold over 80 millions records worldwide, will arrive in Israel two weeks before the shows and record a song with Israeli and Palestinian artists.

Few artists have attempted similar Middle East peace-themed concerts on this scale. Roger Waters, the former Pink Floyd frontman, played a concert in the Israeli Jewish-Muslim coexistence village Neve Shalom in 2006. He has since become a leading proponent of the Boycott, Divestment and Sanctions movement against Israel.

Leonard Cohen made a failed attempt to play a concert in the Palestinian territories in 2009 while touring in Israel.

Coldplay singer Chris Martin is currently the artistic director for the Global Citizen Festival, which is run by the Global Poverty Project, an organization devoted to ending extreme poverty by 2030.

Two of Coldplay’s recent music videos were directed by Israelis.