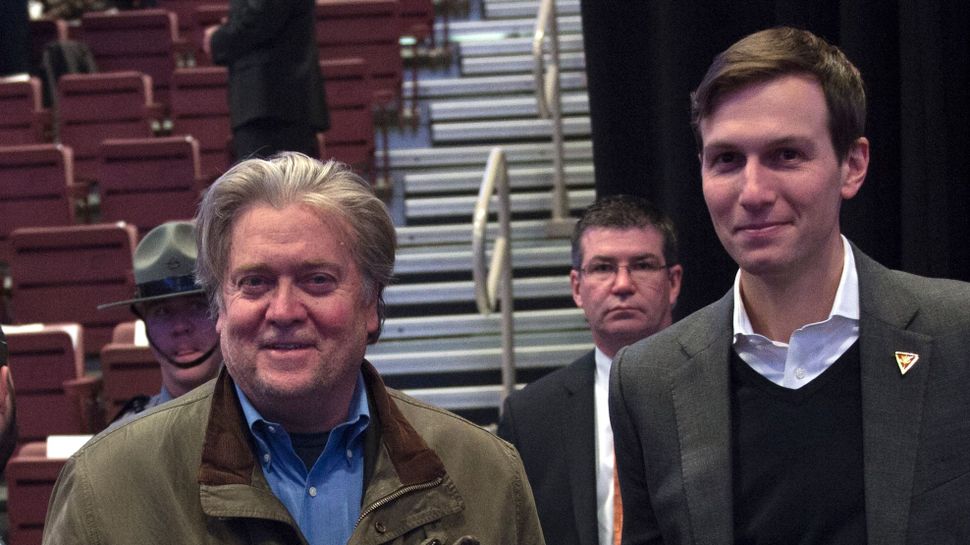 Kushner, 35, who is married to Trump’s daughter Ivanka, is taking the post after receiving legal counsel that doing so would not violate U.S. anti-nepotism law, transition officials said. The position, unlike Cabinet posts, does not require U.S. Senate confirmation, and Kushner will not be paid.

Trump, in a statement on Monday announcing the choice, said Kushner was a “tremendous asset and trusted advisor throughout the campaign and transition.”

Kushner, who like Trump is a New York real estate developer, emerged as an important voice early in his father-in-law’s presidential campaign and was involved in almost every aspect of it from personnel decisions to strategy and fundraising.

Ivanka Trump, who like her husband has been a close adviser to the president-elect, will not take on a role in her father’s White House but will focus on settling her family in Washington.

Kushner and his wife will undertake significant divestments of their wide-ranging financial portfolios as they prepare for their move to Washington from New York and face inevitable questions about a potential conflict of interest.

Senior transition officials and a lawyer for Kushner laid out the arrangement in a conference call with a small group of reporters.

Kushner is to work closely with incoming White House Chief of Staff Reince Priebus and senior strategist Steve Bannon in advising the new president, and the officials said he would focus at least at first on trade policy and the Middle East.

Trump, who takes office on Jan. 20, has vowed to rewrite international trade deals to make them more favorable to the United States. He has also pledged to move the U.S. Embassy in Israel from Tel Aviv, where it has been for 68 years, to Jerusalem, all but enshrining the city as Israel’s capital despite international objections.

‘WE HAVE THE BETTER ARGUMENT’

Richard Briffault, a government ethics expert at Columbia Law School, disagreed, saying: “Given the fact that the president is specifically mentioned, you would think that someone that is working for the president would be covered” by the anti-nepotism law.

Bill Clinton aroused controversy in 1993 when he named his wife, Hillary Clinton, to lead his healthcare reform drive. She lost the Nov. 8 election to Trump. After John F. Kennedy was elected president in 1960, he chose his brother Robert as attorney general.

Late on Monday, a group of six Democrats on the House of Representatives Judiciary Committee said they had written to the Justice Department and U.S. Office of Government Ethics asking them to review concerns about nepotism and conflicts of interest arising from Kushner’s appointment.

In order to comply with federal ethics laws and after consulting the Office of Government Ethics, Kushner will take a number of steps to divest substantial assets, Gorelick said.

Kushner will resign from his positions as chief executive of the Kushner Companies and as publisher of the New York Observer newspaper and divest from any interests in the New York Observer, Thrive Capital, the 666 Fifth Avenue office building in midtown Manhattan and any foreign investments.

In addition, Kushner will recuse himself from participating in matters that could have a direct effect on his remaining financial interests.

Those interests include real estate in the New York area, Ivanka Trump’s interest in the new Trump hotel in Washington and the Ivanka Trump Brand fashion business, the officials said. Kushner will file a public financial disclosure form.

Norman Eisen, a former ethics chief under President Barack Obama, said in an email that Kushner’s ethics and disclosure moves appeared to be a “positive step.”

“I hope his father-in-law takes a page from his book and does the same, as presidents have for the past four decades, by divesting into a blind trust or the equivalent,” Eisen said.

Trump has said he would transfer control of his business to his children, but he has given no details. A planned news conference in December on the topic was canceled. Trump is expected to take questions from reporters this week.