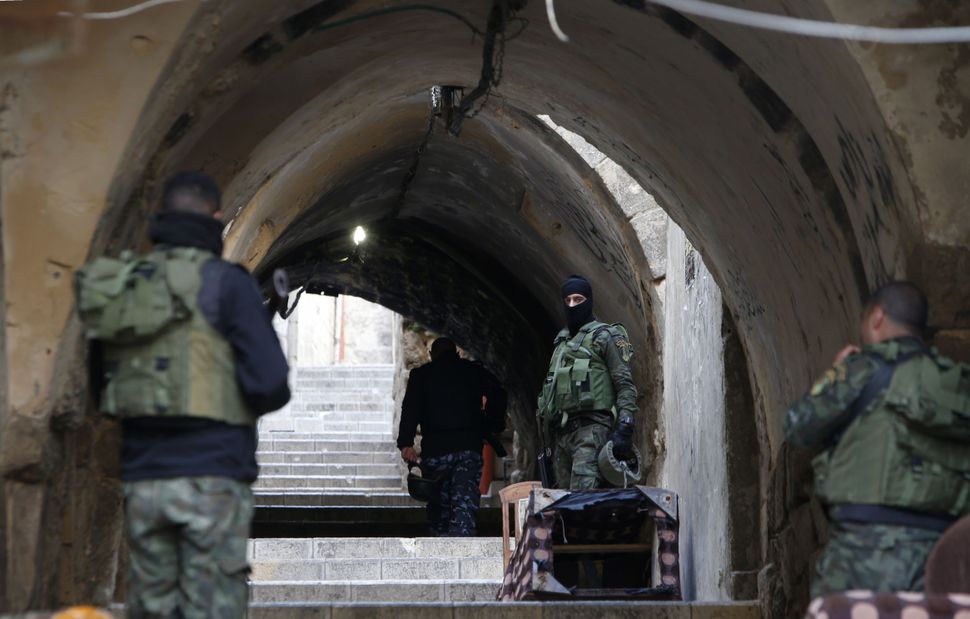 Patrol in Nablus: Israeli soldiers in the West Bank city in November 2016. Image by Getty Images

(Haaretz) — Israeli soldiers shot and killed a Palestinian man who allegedly tried to stab them in a refugee camp east of the West Bank city of Nablus on Tuesday.

According to the army, the man ran with a drawn knife toward the soldiers during a raid in Far’a, a refugee camp.

“Forces called to the attacker to halt and upon his continued advance they fired toward him resulting in his death,” and IDF statement said. 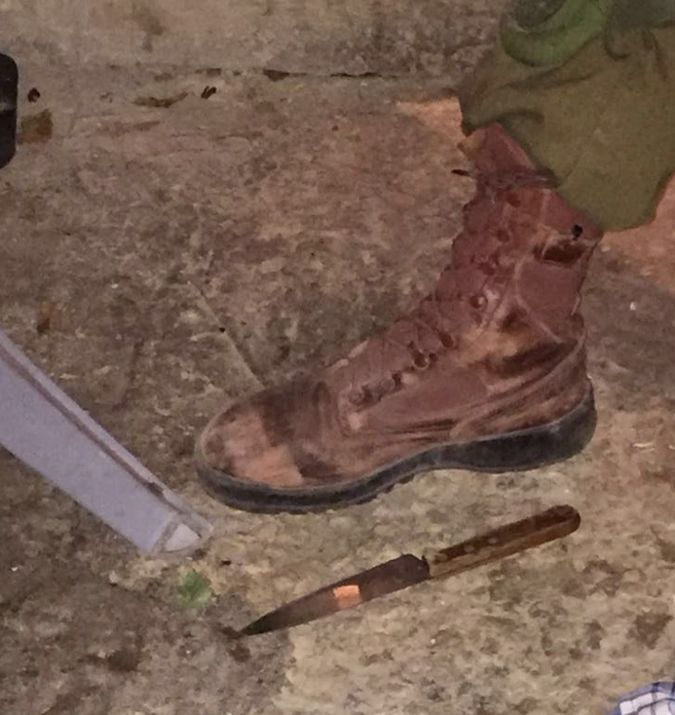 Several other Palestinians threw explosives and shot at the forces, no injuries were reported from these incidents, the IDF said.

Palestinian sources identified the man who was killed as Mohammed a-Salahi, 32, a former inmate who spent three years in an Israeli prison.

Khaled Mansour, a Palestinian activist in the camp, told Haaretz that the soldiers entered the camp on Tuesday morning on an arrest raid and that they entered Salahi’s home on their way to a suspect’s house.

Mansour said that the soldiers shot at Salahi for no justified reason, and he described the shooting as an execution. Salahi was seriously wounded and died at the scene, then was evacuated to a hospital in Tubas. The IDF arrested three young men and left the site.