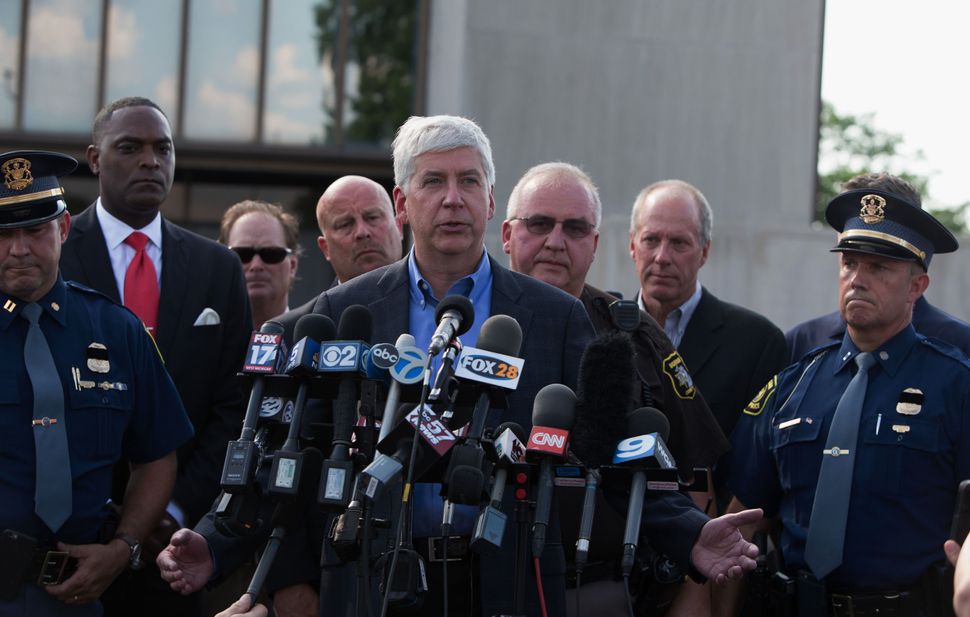 (JTA) — Michigan Gov. Rick Snyder signed into law a bill that prohibits boycotts against individuals or a public entity of a foreign state.

The legislation signed Monday does not mention Israel specifically. The Michigan State House and State Senate passed the measure in December.

According to the legislation, the Department of Management and Budget and all state agencies “may not enter into a contract with a person to acquire or dispose of supplies, services, or information technology unless the contract includes a representation that the person is not currently engaged in, and an agreement that the person will not engage in, the boycott of a person based in or doing business with a strategic partner.”

The pro-Israel nonprofit StandWithUs said in a statement issued Tuesday that the legislation “protects Michigan’s economy from efforts to restrict trade with Israel, efforts which are being promoted by the anti-Israel boycott, divestment and sanctions movement (BDS).”

Michigan is involved in tens of millions of dollars in annual economic trade with Israeli entities, in addition to business undertaken with many other partners who have commercial interests in Israel, according to StandWithUs.

The Jewish Community Relations Council/AJC and the Jewish Federation of Metropolitan Detroit praised the Michigan Legislature and Snyder.

“This bill sends a strong statement that the State of Michigan stands with Israel, which has long been an important trading partner of Michigan,” said David Kurzmann, executive director of JCRC/AJC. “This is a significant step against prejudice. It will solidify that relationship and prevent companies which boycott Israel based on national origin from doing business with the state of Michigan.”

Michigan is the 15th state to pass legislation that prevents the boycott of Israel.