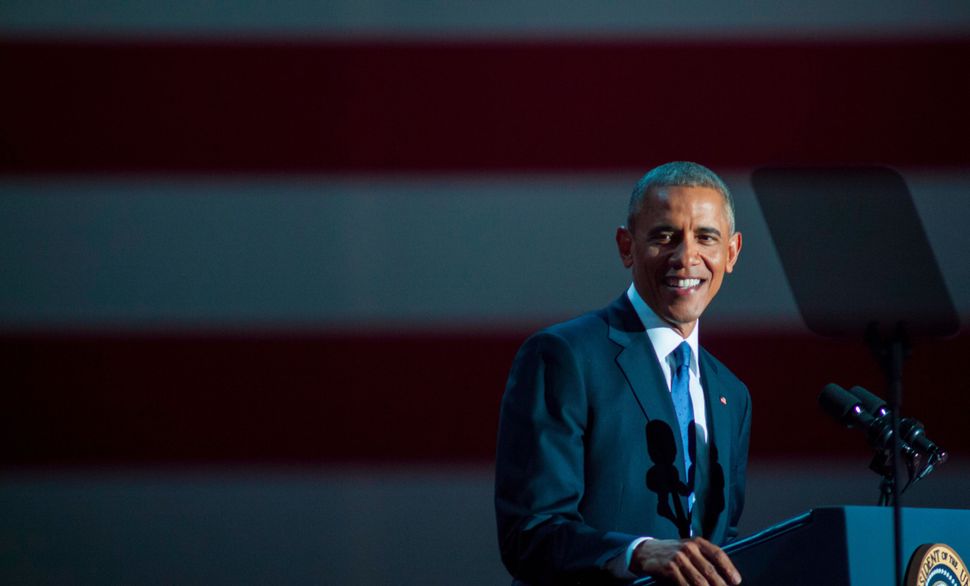 (JTA) — President Barack Obama defended his record on Israel in a wide-ranging interview on Israeli TV, and said that Israeli Prime Minister Benjamin Netanyahu, with whom he has clashed, “had a good friend” in the White House.

“I did believe it was important to send a signal and to lift up the facts that so often get buried under other news in terms of what is happening with settlements in the West Bank,” he said. “I have an obligation to do what I think is right.”

As he has in the past when faced with criticism on Israel, Obama said he has Israel’s best interest in mind and has always ensured Israel’s security, and that “established traditions of the Zionist movement in Israel are consistent with the values that I have tried to live by.” He added later that even if Israel continues expanding settlements, robust support for Israel in Congress means “the United States will still be there” as an ally.

Obama’s administration brought Israelis and Palestinians to the negotiating table twice, in 2010 and 2013-14, each time unsuccessfully. Obama told Dayan that Israel’s military advantage gives it the ability to take risks for peace. The president signed a 10-year, $38 billion defense assistance agreement with Israel in September.

“I will do everything necessary to make sure Israel is in a position of strength, that it can defend itself by itself,” he said. “Because of that strength, then, you are in a position to take some risks for peace. Not stupid risks, not reckless risks, but some risks.”